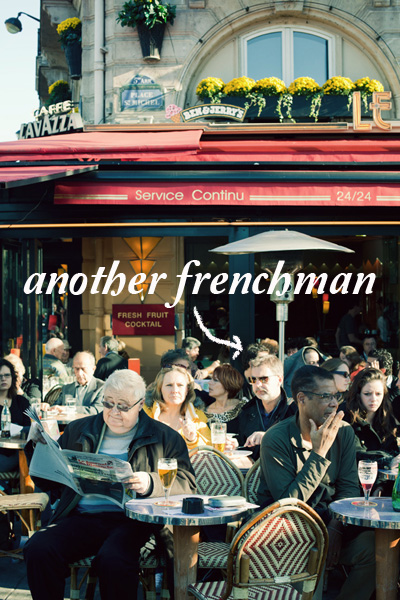 The other day my mom was telling me stories that involved a Frenchman. “The Frenchman would have come too, if we’d had more time to get ready,” she said. I’d never heard her talk about a Frenchman before, and I wondered if my parents had made a new neighbor friend, someone who’d just moved from Paris perhaps. “Oh, I felt so bad when we left. He knew we were leaving him too. He sat by the door and barked and ran around us. That Frenchman, he’s a smart one.” It dawned on me that the Frenchman was not a baguette-eating neighbor after all. He was my sister’s maltipom, Petrie.

To hear my mom talking so affectionately about a dog these days is a bit shocking. Growing up my mom was the complete opposite of a dog person. Actually, she was anti-pets in general. Our hamsters Brownie and Fluffy mysteriously “ran away to the forest” even though we lived in the middle of a bustling city with shopping malls and freeways for miles and miles around us. When I’d see a kitten and reach down to pet it, she’d warn that the cat might scratch my eyes out, as “cats are often known to do.”

But then, when Sophie brought Petrie home one day, everything changed. All of a sudden my mom had a new grandson, whom she talked openly and warmly about to everyone. She had nicknames for him that corresponded to his personality traits and his different moods. Contrary to everything I had known about my mom and her feelings towards animals for the past 20 years, she had become… a dog person.

I’ve always loved all kinds of animals, dogs especially, but I’m still not quite sure if I could ever have my own dog. I wonder though, if I did one day get a dog, if I’ll ever become as extreme as some of the dog people I’ve heard about. Like the friend of a friend who sends her dog to doggie daycare so he can socialize and who rushes home the second she drops him off to watch him play with the other dogs via online streaming video that the daycare sets up. I swear it will never happen to me, but I guess that’s what everyone says. After all, I never thought I’d hear my mom telling stories about a Frenchman.

What do you think about extreme dog/cat people? Are you one of them? Did that surprise you?