Other than when I’m trying to hide a horrendous mountain of a pimple or when I’m eating extra saucy buffalo wings, I don’t really pay too much attention to what other people might be thinking about my face. I’m aware that it looks somewhere between 16 and 21 and that people can guess my age more accurately if they have contextual clues to work with. For example, people at work think that I’m 20 or 21 because I’m not an intern so they conclude that I must have finished college somewhat recently. In the same vein, it’s not common for them to see me swigging beers or taking shots while at work either, so that’s why sometimes people guess 20 because they don’t think I’m old enough yet to legally drink. However, if I’m just walking around by myself wearing nondescript clothes and not carrying any telling props, then I might pass for much younger.

My job at work recently has been getting juicy. Among other things, it includes lots of editing, some writing and some event planning. Tonight I attended a dinner event whe 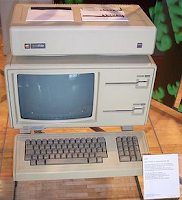 re my job was to greet people and make pleasant chatter. It’s weird how for once I really became aware of my age, a relatively young one compared to the average age of the table full of guests. When they talked about their kids who were college-bound or just finishing college, I talked about my sister, which is not quite the same. When they made jokes about how they started their careers on the Lisa computer, I smiled too, as if I understood just how much that dated them. They talked about wine pairings, their husbands, their career histories, emerging new technologies and their applications and about what they do now. It was fascinating, a world I could only smile and nod at.

The lady sitting next to me told me she thought I had just graduated from college. One thing I can say that I like about being baby-faced is the shock value it will have when I’m 35 and pushing around my baby in the park. People will pass judgment on me, presuming that I’m a 17 year old, unwed, uneducated, miserable teenage mother. And then my baby, who inherited the genes to look much younger, will sit up and surprise everyone by telling me about the conclusions she’s recently drawn from Moby Dick (because I never did understand that book myself). In actuality, she’ll be an exceptionally brilliant 12 year old who just looks like a toddler. I’m sure that will land us a spot on Oprah for sure.

One Reply to “Baby-Faced”