My Crazy Vegas Trip: A Story About Love And A Lucky Number 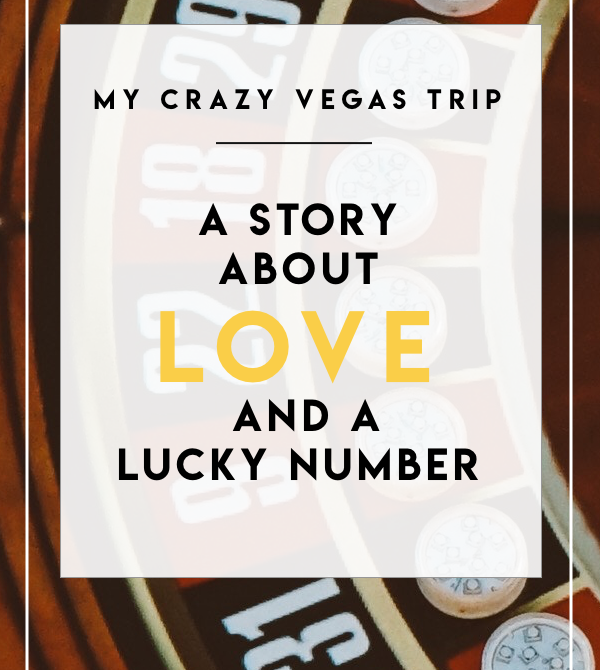 This is how my crazy Vegas story starts: I’m in an Uber with a tall and very handsome man. We’ve just finished dinner (or did we watch a movie?) and are headed home. I can’t remember most of what we talk about. I only know I like it when he speaks. He makes me laugh and I can hear his Scottish accent. Words like order come out or-dur, the Rs rolling, the syllables lilting. If the ocean had a voice, it would surely sound like his.

At a red light, the conversation turns to the topic of birthdays. Mine is in September, I tell him. I’ll turn 25. (I wish.)

A quiet settles over us, like a soft blanket tucked over our laps.

When’s yours? I ask.

I freeze. He shares the same birthday as my late husband Alan.

What are the chances? I wonder.

Afterwards, when I tell people, I get the same reaction. My mom clucks her tongue. Others draw a hand to their mouths agape. It seems, from what I gather, this is some kind of sign. But I don’t believe in signs. Not really anyway.

This was almost two years ago. And the tall and handsome man, of course, is James.

So that’s the backstory. And now that you have it, let’s fast forward to last weekend.

I was in Vegas to celebrate my friend Martha’s birthday. That Friday night, I had a dream where everything feels just like it does in the real world, right before you slip off to sleep. Martha was there, and her sister Brenda. We were getting ready to celebrate.

And then I woke up.

At brunch the next morning, as I stirred my latte with a tiny silver spoon, I said, I had the weirdest dream last night.

You said your birthday was January 14, I said. That’s James’ and Alan’s birthday. But then I woke up and realized it’s March.

Brenda looked at me over her eggs Benedict, her knife and fork poised mid-cut.

1 and 14, she said in unison with Martha. Let’s bet on those tonight.

I hadn’t even thought of that.

We spent the afternoon at a spa. The attendant who gave us a tour seemed genuinely cheerful. She showed us the whirlpool, the plunge pools and the deluge showers.

You sit in here, push this button and the force of ten pounds of water will come down on you, she said.

I imagined looking up and having my face smashed in.

And that feels good? I asked.

Oh yes, especially on your shoulders and lower back, she said.

After we got the rundown on where to find the tea and snacks, she showed us our lockers.

Was it a sign? I tied the knot on my robe. Nah, it was probably just a coincidence.

That night Brenda and Martha walked the casino floor looking for some good juju. After losing $20 on slots the night before, I was just along for the ride. Their excitement for betting on 14 was contagious though. So when we saw an empty roulette table, we all made a bee line for it.

While Martha and Brenda unzipped their bags to get their chips out, a man wearing a casino shirt strolled over and demanded all of our IDs. He gave mine a once over and handed it back. But he took theirs to some special machine to double check their authenticity.

And just as he walked away, another man walked up. He put a thick stack of chips down on the table. Right on top of 14.

Before I could decide if that was a sign or not, and before any of us had time to say anything, the dealer spun the wheel.

The ball flew wildly around the edge, that familiar clicking noise whirring fast. As the wheel slowed, I watched in horror and delight as the ball hit its last few pockets before finally settling down.

One Reply to “My Crazy Vegas Trip: A Story About Love And A Lucky Number”