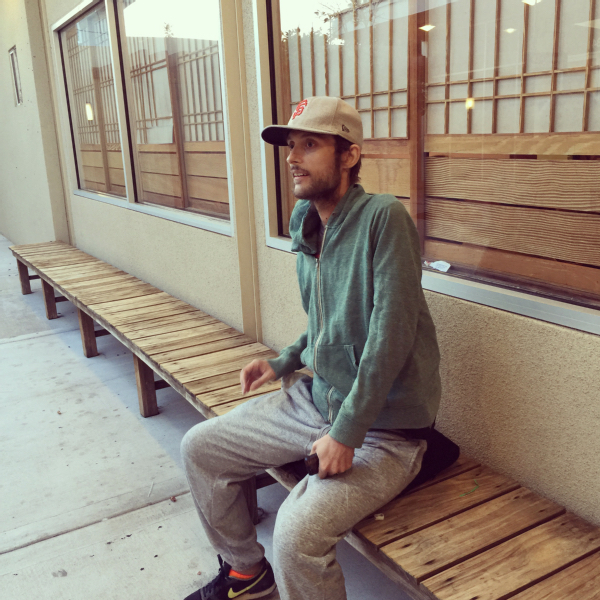 It’s been a hard week. Last Friday, Alan had a 106 degree fever and was hospitalized for severe infections. His sodium levels dropped so dangerously low that the doctors were surprised he didn’t have a seizure. When we got back home, Alan’s nurse Iris came over to check on him. She asked a really hard question that really threw me.

We had been talking about Alan’s last days (“for years down the road,” I always say) and whom Alan would like to be there. One thing led to the next, and then Iris turned to Alan and asked, “Are you ready to go, Alan?”

The words hung in the air in front of me. It came up naturally, but I was still shocked that she’d asked. I hadn’t thought to ask. I couldn’t ask.

Just as soon as she had asked the question, though, to my surprise, Alan answered.

I thought back to the times I had asked him to stay. The times I had crawled into his hospital bed to lie beside him. How I’d clung to him and made him promise.

I’d felt guilty every time. But just hearing him say it made me feel better, even if his failing body told me otherwise.

The solid rock wall I’d once offered to Alan for support had started to crack, the edges soft and crumbling. Without asking, I’ve turned the tables on him, leaning on him more and more for comfort. There are no more doctor’s visits, trips to chemo or surgeries for me to prepare for, to help him through. There is just the hard task of accepting everything as it comes and for what it is. It is harder than anything I’ve ever known.

We recently watched Life Itself (now streaming on Netflix), a documentary about Roger Ebert’s fascinating life and his own battle with cancer. The movie was filmed four months before his death from cancer complications. I loved seeing his relationship with his wife Chaz and the love between them. Watching and listening to her was like sitting down with a sage friend who’s been there before. The way she described death in an interview really struck me:

“I think one of the gifts of this movie that I hope that people take away from it, is that we all say it, that death is a part of life, but I don’t know if we really believe it because we are so afraid of death. And the way that I – you know, one of the gifts that he gave me personally in being there with him when he transitioned is it was so beautiful, I never expected it to be that beautiful. And I think I use the word serene because the atmosphere in the room was just lovely. It was just lovely. And I never ever wanted to see anyone die. And to be there with Roger when he transitioned like that and to see how effortlessly he did it and while we were holding his hands and you – the feeling in the room was one of love and peace and serenity. I mean, that’s just – it was just a gift.”

Anytime we talk about Alan’s last days now, we call it his transition, his gentle exit from this world into the next. I pray that it won’t happen for a long, long time, but in the meantime, the image Chaz painted helps me.

. Murakami says it’s “… a book in which I’ve gathered my thoughts about what running has meant to me as a person. Just a book in which I ponder various things and think out loud.” It’s been two years since Alan’s second cancer diagnosis, which I sometimes talk about, but more often don’t. These posts are for the times when I need to “ponder various things and think out loud.”

21 Replies to “On Being Ready/Not Ready”