There is a mechanism in my brain that works in a funny way — depending on how you look at it, it is either blocked and doesn’t work so well or it works entirely too well, putting in too many over time hours. I first became aware of it in college.

When I was a sophomore in college, I roomed with one of my best friends from high school, and for some time, it was fantastic. That is, until we hit a rough patch. After some weeks and months of bickering and giving each other the silent treatment, I developed irritable bowel syndrome. When I visited the doctor’s office, she asked if I recently made any changes to my diet. I told her no. She then asked if I was going through a lot of stress. I thought about it, then told her no, not that I could think of. I hadn’t started consuming more fiber, I wasn’t under any new stress, but still I suffered. Terrible gas, stomach pain and other bathroom horrors plagued me daily, but I couldn’t figure out why. What had happened to give me IBS?

It wasn’t until years later that I understood that that sophomore year of college was, indeed, very stressful. While she thought I was sleeping, my roommate had hovered over me in the middle of the night and threatened to smash my glasses, steal my cell phone and scream in my ear. Before this, we went for months without saying a single word to each other. Near the end of the year, no one on the dorm floor visited our room anymore because no one could stand the palpable tension, thick like walls made of cheese blocks. It is amazing to me now to think that I didn’t find any of that stressful enough to report to the dr.

After this, I realized that the mechanism in my brain that allows me to accurately interpret my emotions is off. When I’m distressed or angry or tiffed or anything like that, I have a hard time putting my finger on what is bothering me. I could wake up one morning and find that my neighbor has blown up my car and I would walk to work feeling not quite like myself, but not sure why. I would ask myself: did I sleep funny? Am I hungry? Did I forget to turn off the coffee machine at home? The obvious would completely escape me. The mechanism instead brings my emotions and feelings to my attention by manifesting them into some sort of physical ailment — if I am stressed out, I won’t know it until I have IBS, if I’m depressed, I won’t know it long after all my hair and teeth have fallen out.

Since Alan’s been diagnosed with cancer, I feel mostly fine. At least, I think I feel fine. I think I am handling it all pretty well. But lately I’ve had trouble sleeping at night which is maybe my mechanism’s way of telling me I am actually distressed. The not sleeping well has caused me to feel under the weather this week which means that I’ve had a sore throat with a license to kill. On Monday night it was so bad that I didn’t want to talk to anyone at all, and Alan, fed up with my moodiness, finally told me to to take one of his Vicodin pills before bed.

I never really thought Vicodin did anything special until that night. Until I experienced an odd, but pleasant sensation, one that felt like I was on a big fluffy cloud floating away to a warm, tropical and sunny island of sleep. From a small mole hill far, far away, a tiny voice broke through my cloud to talk about things that had happened during his day and things that he wanted to do tomorrow. The voice was nice enough, but so far away. It kept going on and on until I recognized that it was Alan’s voice. If I were on a big fluffy cloud headed toward an island of sleep, Alan was on a Tilt Shift picture, a tiny person in a scenic background that I could hear from light year’s away.

I found out about Tilt Shift pictures about a month ago and consequently spent a whole night searching through all of my photos for pictures to Tilt Shift. 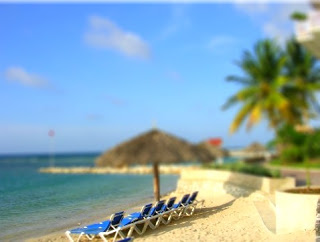 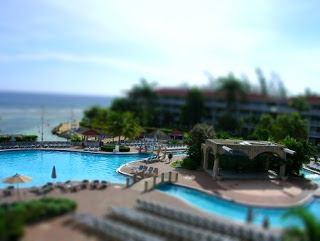 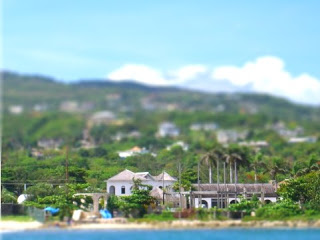