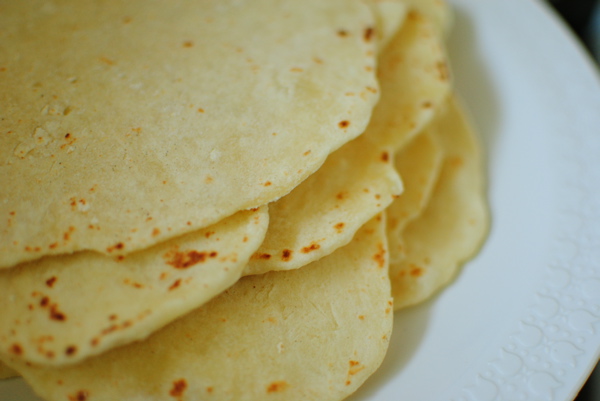 In the sixth grade, everyone in my class had to give a presentation in front of the entire class on something they liked to make. This one kid named Danny got up and did his presentation on how to make homemade tortillas. He even had a griddle thing he cooked them on and introduced us to the bucket of lard he had produced from his backpack. Afterward, we all got to try his tortillas and they were amazing. So amazing that to this day, I have no idea what the other 29 kids in the class presented on. I couldn’t even remember what I presented on. I spent all day trying to remember and guessed that I must have given a grammar lesson.

Anyhow, in honor of those sixth grade presentations, tonight I made homemade tortillas. Most of the recipes I found online seemed overly complex. From what I remember, Danny’s recipe was simple. So simple that a sixth grader could follow it. I finally decided on this one. It doesn’t use lard, which I liked. Not because I have anything against lard, but I don’t have lard readily available in my pantry, and I’m all about cooking with things I have on hand. Now, I know some might be jumping to conclusions and forming judgments about these lard-free tortillas, but I must tell you that they were just excellent. 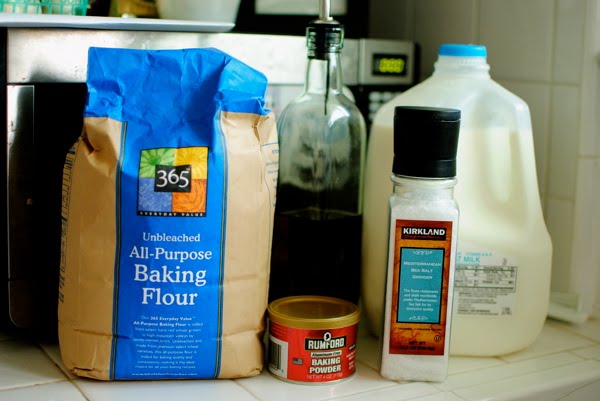 You will need the above ingredients — so simple! I love it! 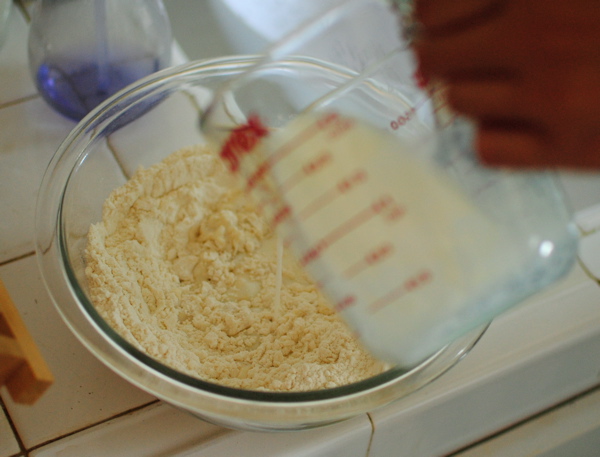 The recipe calls for the slow pouring in of milk. I wasn’t sure how slow they meant by slow, but I wasn’t risking it and went with a meandering drizzle. 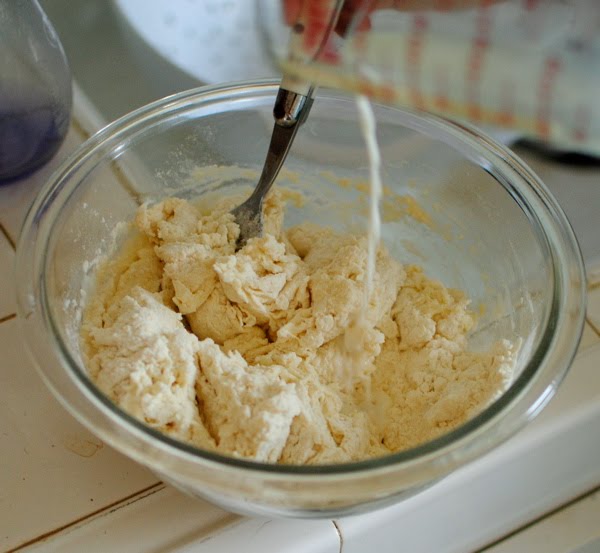 Eventually, you will get a loose sticky ball of dough. 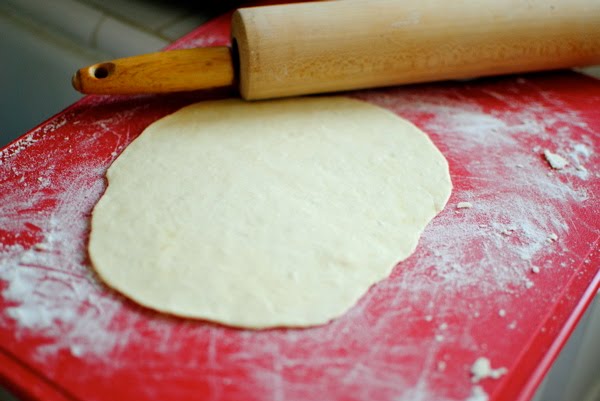 The dough will need to rest after all that mixing. After it has rested and refreshed itself, you will need to roll the dough out. The recipe says that if you have rolled out pie crust before, you will have no problems. It does not mention what will happen if you have never rolled out pie crust before in your life. I have never rolled anything out before except for Pillsbury crescent rolls from the frozen aisle, so I was a wee bit worried. Everything turned out okay though, I just ended up with, um, artfully shaped tortillas.

I called this one Square Tortilla. 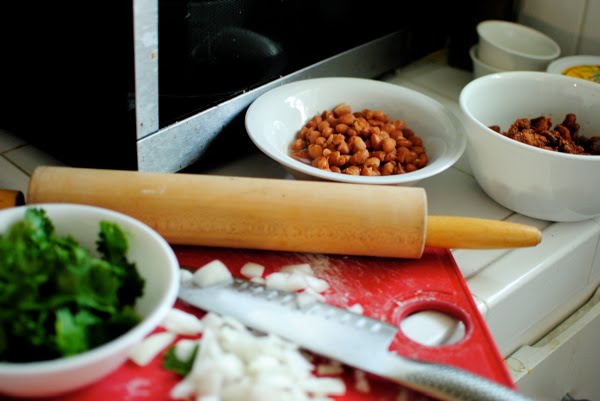 Homemade tortillas are awesome for al pastor tacos, but they would also be wonderful warm with a bit of butter or a smattering of cheese. 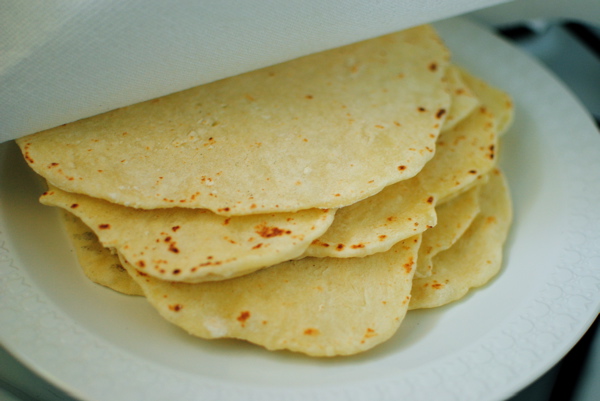 They are slightly thicker than traditional tortillas with a fluffier, chewier texture. I really liked them, and they were so, so much better than the store bought kind.