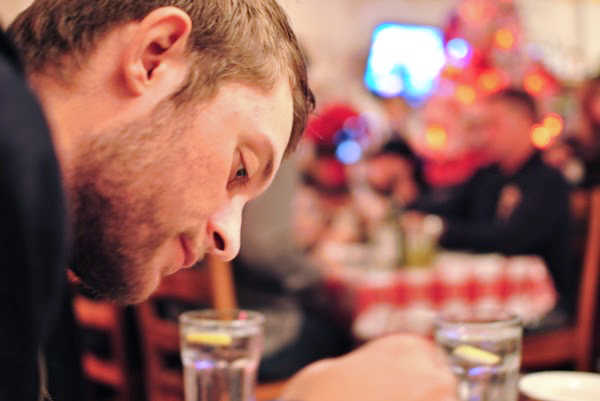 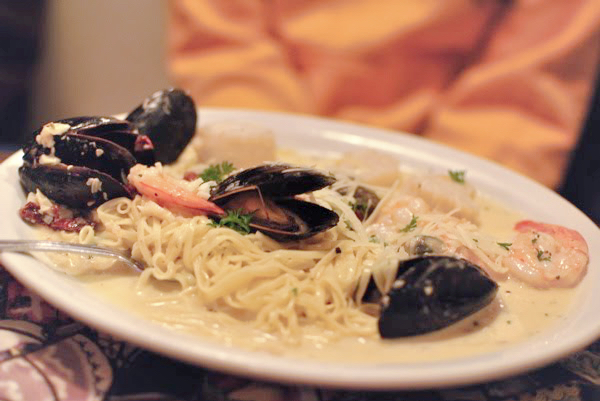 It’s been hard for Alan to eat lately, so whenever he finds something he likes, he’ll usually have it a few times in a row. Recently, he’s been really into food from The Pastaria, our favorite Italian restaurant. Even though we love it, we stick to our safe, albeit slightly boring, game plan of always ordering the same thing. Then one day, Alan made the exciting decision to throw caution to the wind and try all the pasta dishes on the menu. Our dear friend Sashee has been taking his order and delivering the food to our doorstep. Since she’s been popping into the restaurant so often, the Pastaria owner learned about our story. Sashee told me, “She’s so moved by you both and said it would be their honor to take Alan through the entire menu complimentary. And then when he’s finished, they have off-menu dishes they’d like him to try.” Isn’t that the sweetest?! I was already tearing up but lost it when I saw the card everyone at the restaurant had signed for him. We’re so touched! 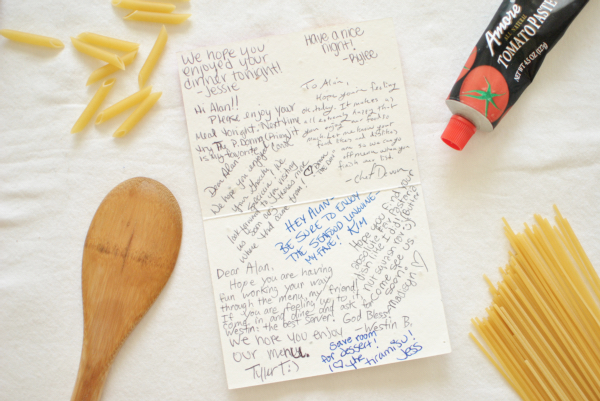 Thank you from the bottom of our hearts, Pastaria! We love you and your delicious food.

8 Replies to “The Sweetest Thing”