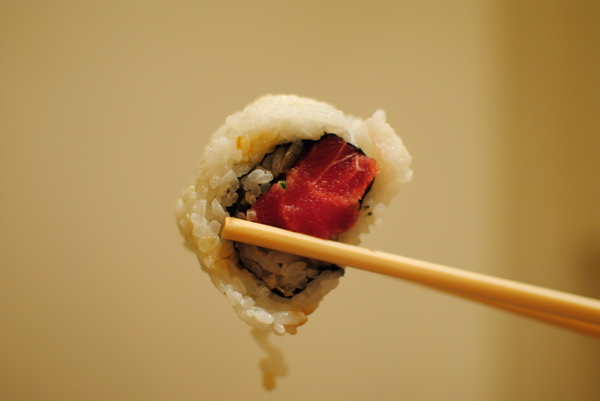 There are a lot of times when being tight is not a good thing. Like when your pants are so tight that you have to unbutton them halfway through a meal at Sweet Tomatoes because you got carried away eating all the muffins. Or like Bruce Jenner’s face–that’s also a little too tight. But then there are times when tight can be a good thing. Like when you have such a dear friend that you can cross your fingers and say “we’re tight, we’re like this” when explaining your relationship. And perhaps one of the most important times, I recently learned, when it is good to be tight is when rolling sushi.

From the absurd frequency for which I crave spicy tuna rolls, I knew it was only a matter of time before I learned how to make it myself or joined some sort of support group for spicy tuna addicts. Because learning to make it myself was much less of a commitment, I asked my friend Sashee for the recipe she used for a recent dinner party. She promised it was super easy to make and with visions of dancing tuna in my head, I made my way to my neighborhood fish market (which I just discovered not very long ago and which makes a killer clam chowder and serves fried smelt!)

Skimming over the recipe, it all sounded pretty simple. For the spicy tuna kick, I liked that the recipe called for togarashi, an assorted Japanese chili pepper mix, instead of Sriracha sauce (which I am not a fan of in my spicy tuna). I also think that the sushi grade tuna made a world of difference. (It is expensive, but if you shop around, you may be able to find a better deal. I went to three different markets before finding a place that sold good fish at a good price. I bought my sushi grade tuna for $13.99 a pound). One last thing you should know is my secret ingredient was green onions — trust me. 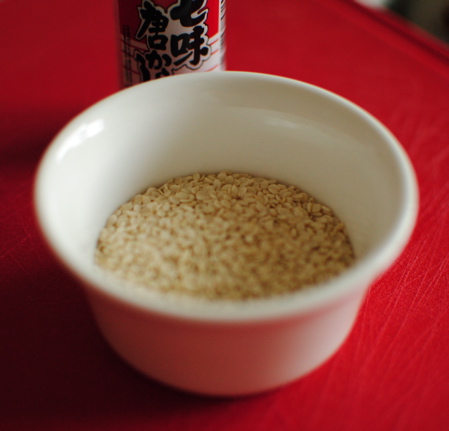 Sesame seeds and togarashi — it’s in the details 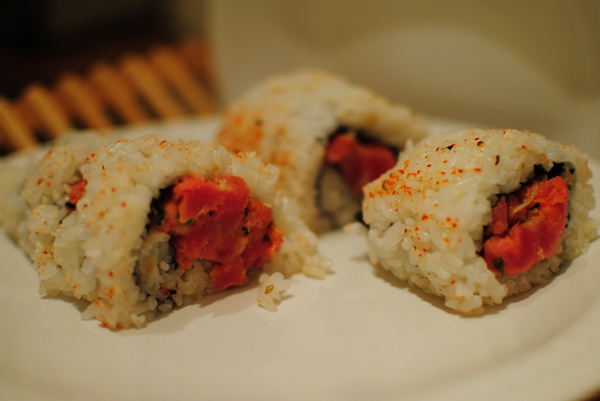 I’m not going to lie. Sushi was harder to make than it looked. Sure, the individual components themselves were not too difficult to prepare, but the actual rolling of the sushi (a very crucial step in sushi roll making) was hard as heck. Maybe it was because we didn’t have one of those bamboo mats? I treated my first roll delicately, as if I might hurt it. And thus I ended up with a very loose, monstrous roll with its fillings leaking out. (see above)

Alan was much better at it. He meant business and it showed. These two nicer looking rolls were his creations. 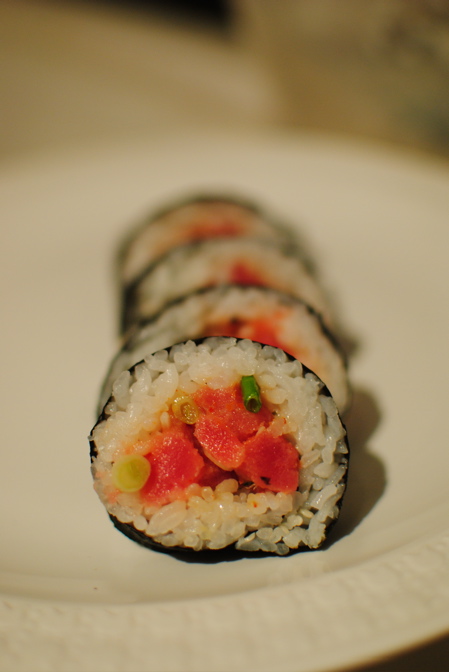 Overall, even if sushi rolling and I aren’t like this (fingers crossed), it was fun to make and tasted so good!! Maybe next time we’ll just have spicy tuna donburi bowls…