{Mountain Lake}
Sometimes Alan and I will make plans to visit a place we’ve never been before to have an adventure. We don’t plan anything elaborate except for maybe where we’ll park and a general idea of what we’d like to see. Other than that, we just show up, get out of the car, and walk around. Usually we’ll walk leisurely, but almost always we’ll walk for at least a few hours. This is always the best because:
1. Being outside is fun. (And once I read about a study that said people who spend more time outdoors are less likely to get sick, but I could just be making this up.)
2. The methodical act of walking is both relaxing and rejuvenating.
3. You see so many cool things while walking that would go unnoticed if you were simply zooming by in a car.
4. You have time to really talk to the person you’re with.
5. It’s free and can be done almost anywhere! 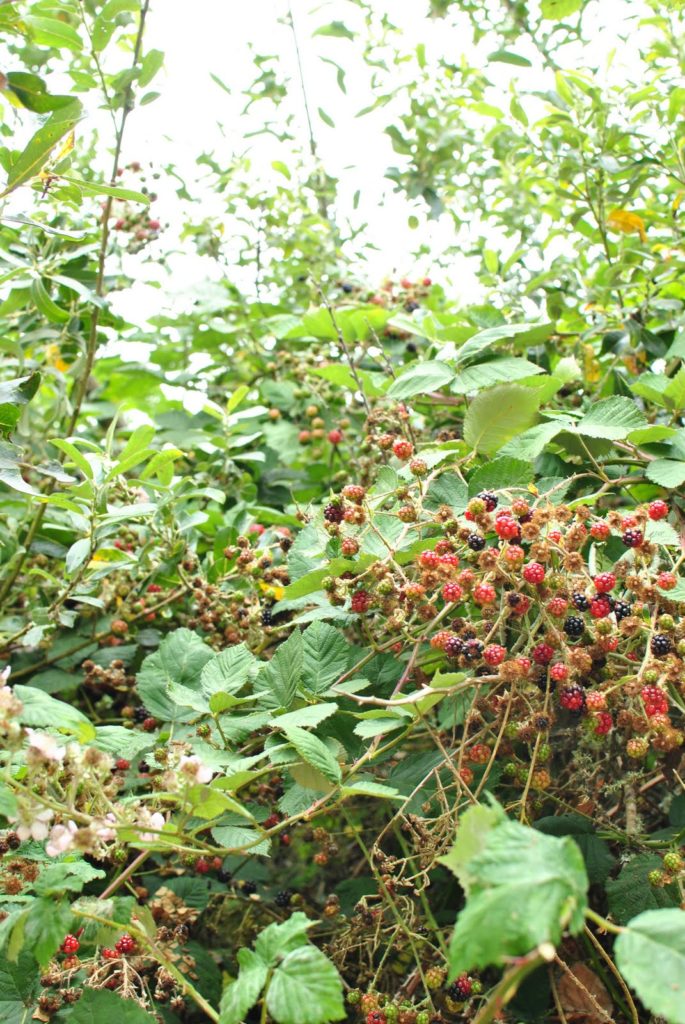 This weekend we went to San Francisco and walked around the Presidio. There were tons of blackberry bushes everywhere, and if Alan hadn’t scared me into not eating all the ripe berries, I would have. 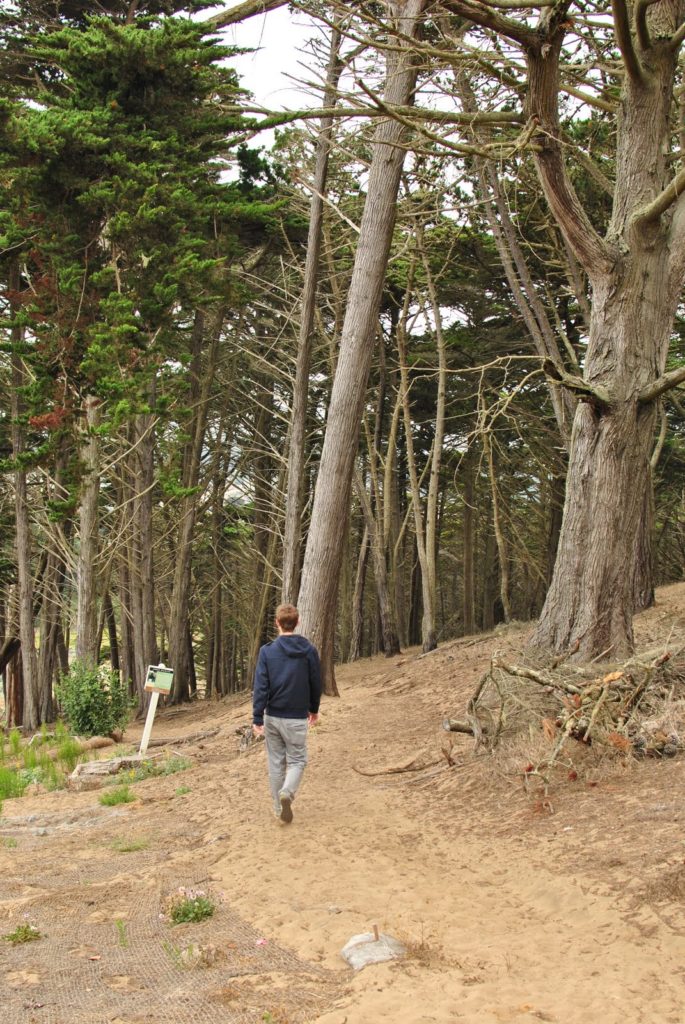 We walked through a mini forest. There was barely anyone around which made it all the more magical. 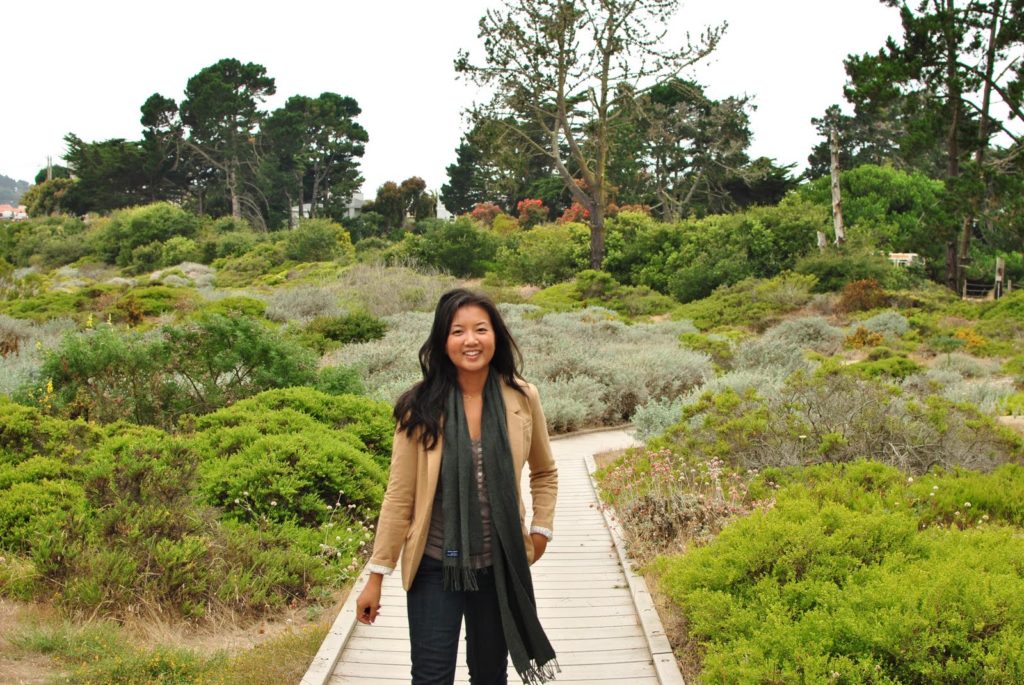 We walked across this winding boardwalk while Alan admired the beachy fauna. He is a big fan.

After a few twists and turns and accidentally ending up in someone’s backyard (which was impressively huge and could easily be confused for some sort of public park), we made our way to Baker Beach. The beach in the City has never lived up to my idea of what a beach should be (with sun and people swimming in bathing suits), but it was fun to sit and rest for a while and watch the massive ships sail across the ocean towards the Golden Gate Bridge…

…and slip quietly underneath through to the other side. 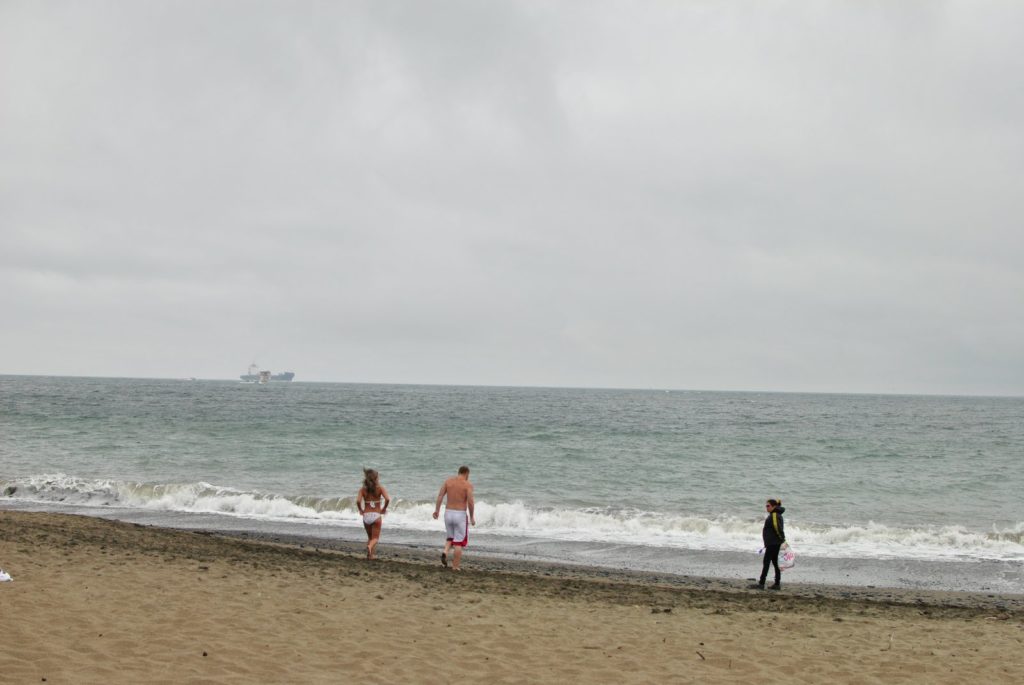 Everyone on the beach was all wrapped up, except for these adventurous kids. Nobody thought they would get in after their feet touched the freezing water… 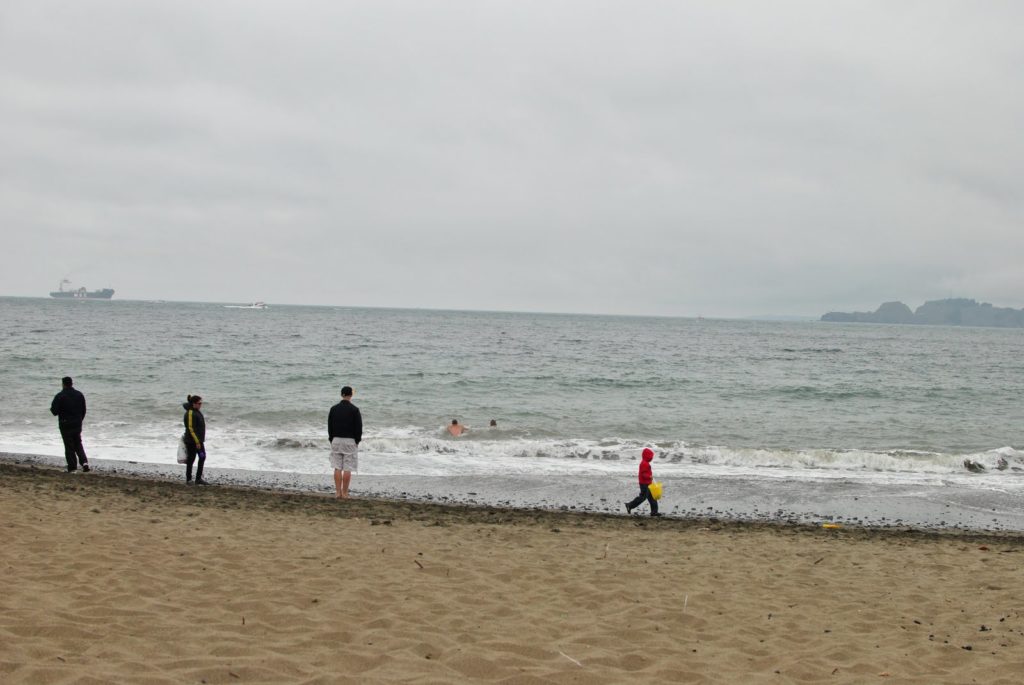 …but they proved us wrong! Everyone around us stopped mid-conversation to watch them swim out and you could tell people were impressed (Alan and myself included — it was so cold!)

After the beach, we drove across town to visit our friends Jennifer and Mike. They live in Russian Hill, a crazy hilly area where parking is hard to come by. We finally found parking at the very tip top of this hill and my heart raced a bit thinking about tumbling over, but Alan had it all under control. And then, there was this beautiful view.

After our visit, we walked down a set of stairs in the neighborhood to North Beach (where all the Italian restaurants are), but since neither of us could decide where to eat, we ended up at our favorite pizza place on the way home.

2 Replies to “Walking Adventure: The Presidio”