A Dare and a Proposal: Trang and Long’s Story 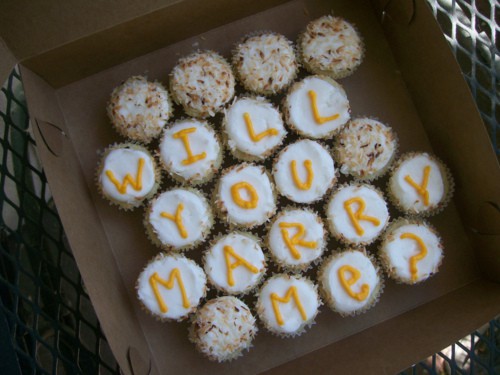 When I think about people getting married, I always wonder what the proposal was like. Who proposed to whom? Where was it? Was it dramatic or simple and private? (And, while we’re at it, does anyone ever really propose at a sports game via the Jumbotron or does that only happen in the movies?) However they happen, proposal stories are one of my favorite kinds because they’re always so sweet and show lots of thought.


My friend Trang recently told me her proposal story — her longtime boyfriend, Long, popped the question while they were in Italy — and the way she described him made me laugh. She described Long as being as “straight as an arrow” and someone who’s never even run a red light. It was funny to hear her say this because Trang’s bold and endearingly cheeky — almost the exact opposite. Here’s her playful story about how he proposed: 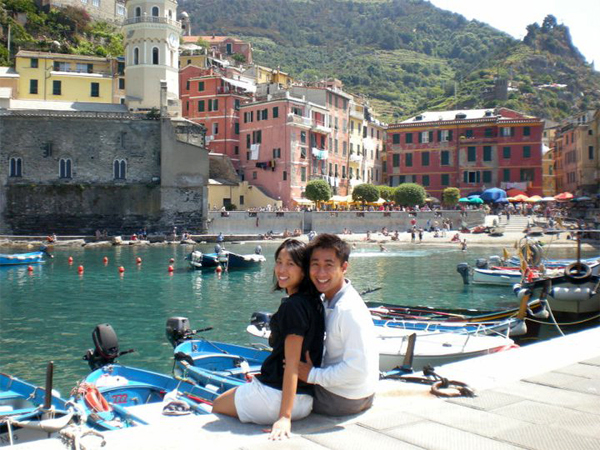 Long and I watched Love Me If You Dare, a love story about childhood friends that play an intense game of “Dare,” a couple years ago. Later that night, we went to a sushi restaurant for dinner where I dared him to steal a decorative glass cat sitting by the cash register. He really tried, but in the end, he just couldn’t bring himself to do it. After that, every time we went to the sushi restaurant, I would teasingly dare him to steal the cat. He could never bring himself to take it, and we would always leave the restaurant laughing about how nerdy he was. He declared that he was willing to give me anything I wanted as long as he didn’t have to steal it. And I would insist that the stolen glass cat was all I really wanted.

This year, on our 10 year anniversary, Long took me to Italy. On our last night in Venice, we took a walk and stopped at a little square where kids were launching pretty flying ornaments that lit the sky, and a man was playing a guitar and serenading passersby in Italian. We stopped there and suddenly, Long pulled the glass cat out of his pocket, got down on one knee and asked me to marry him. It was such a beautiful, quirky, funny proposal with a perfect gift that only meant something to the two of us.

Isn’t that the cutest story?

2 Replies to “A Dare and a Proposal: Trang and Long’s Story”