The bird and the bees: A honey lesson 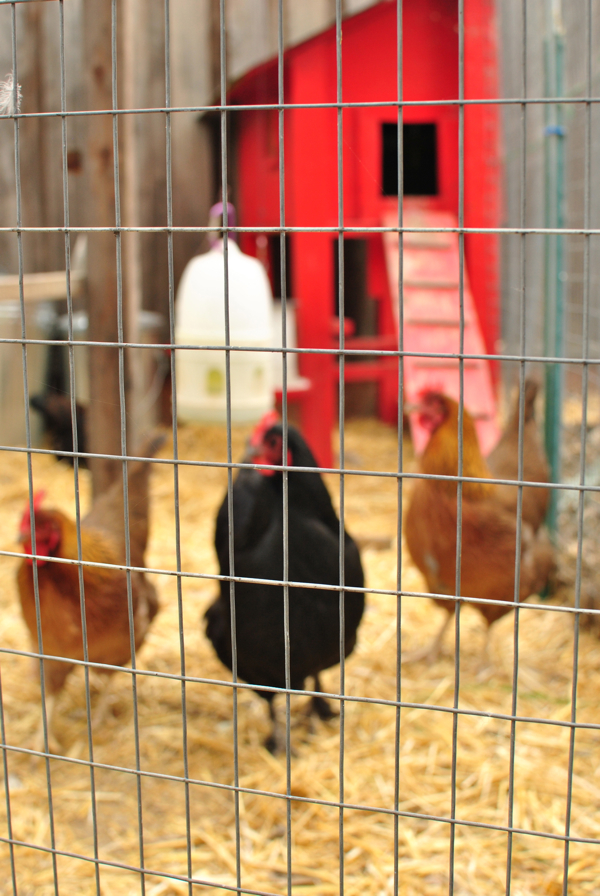 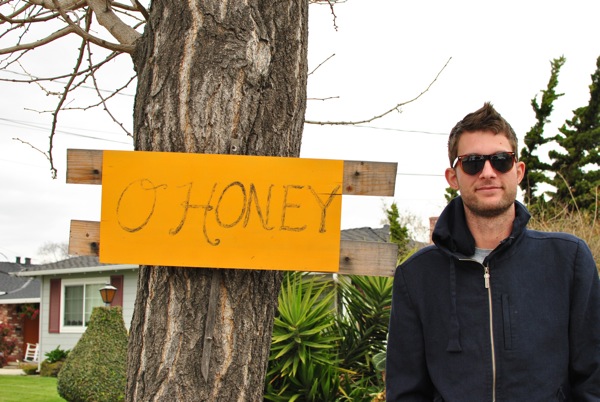 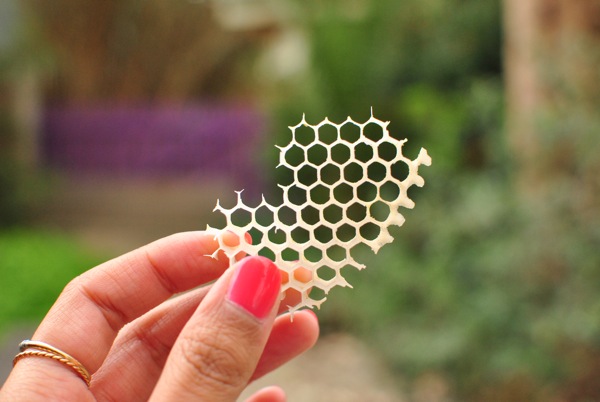 My office manager Muriel is awesome for a few reasons. Here is just a short list:
1) She is French. And because I have a healthy obsession with French people, butter and cheese (though I have never tasted the latter two but imagine them to taste at least 10 times better than the butter and cheese we have here), this puts Muriel near the top of my list of cool and sophisticated people.
2) She is thoughtful and leaves movies she thinks I might enjoy on my desk chair.
3) She has amazing style and wears her hair in a pixie cut.
4) She invites me over to her house for honey harvesting. Her and her husband keep bees and they have a few colonies on their property. Since it was time for a winter honey harvest, we were invited over to see how that all happens and to help with the process. 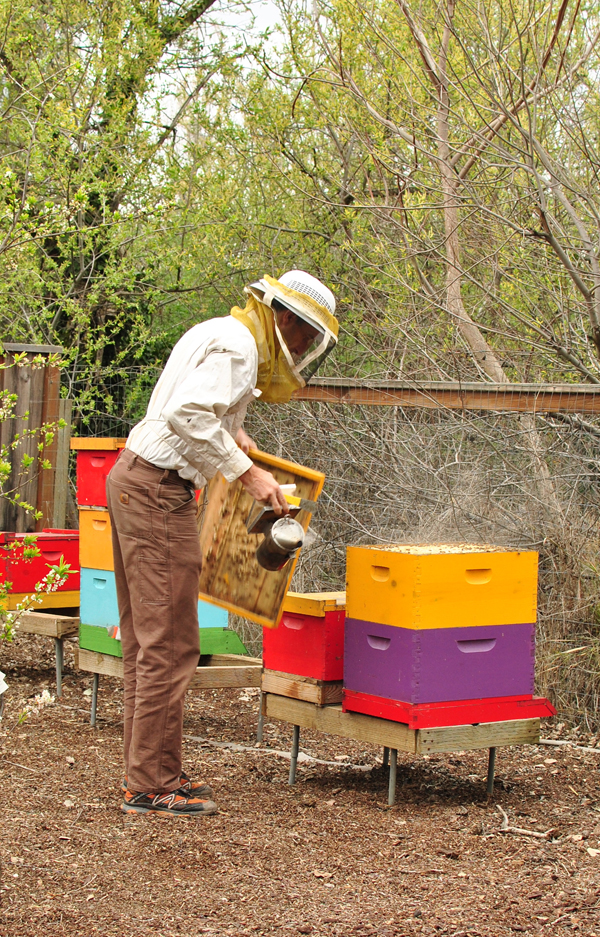 The bees live in these colorful boxes in their backyard. By the way, their backyard is huge and serene (with chickens, a vegetable garden, succulents, a hammock lounging area, and picnic tables) and butts up against a creek so they don’t have any neighbors behind them. Muriel’s husband Stefan rides his unicycle the seven miles to work along the creek trail. (So cool!) 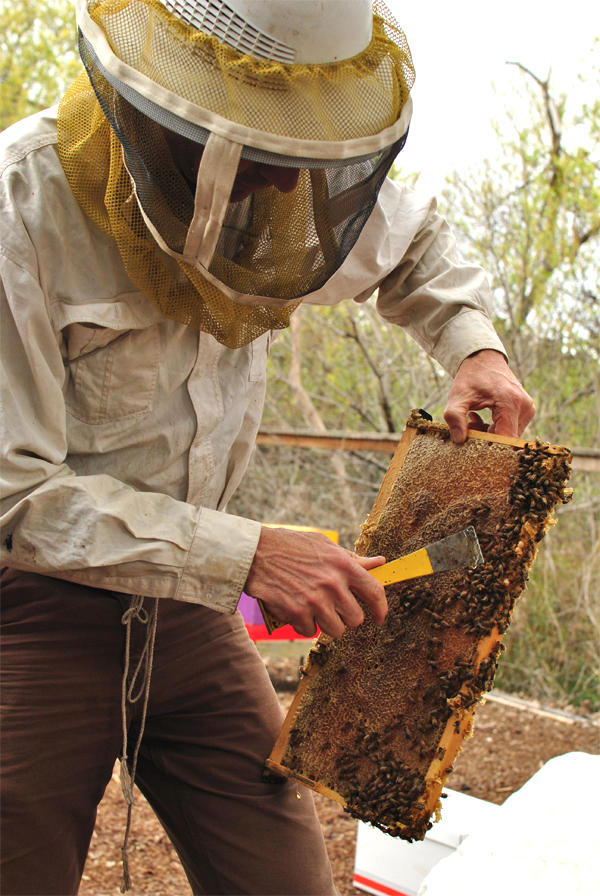 Stefan wears a mask to protect his face but notice he’s not wearing gloves. That would freak me out, but he says he’s been handling the bees for so long he’s comfortable doing it and it gives him more control. 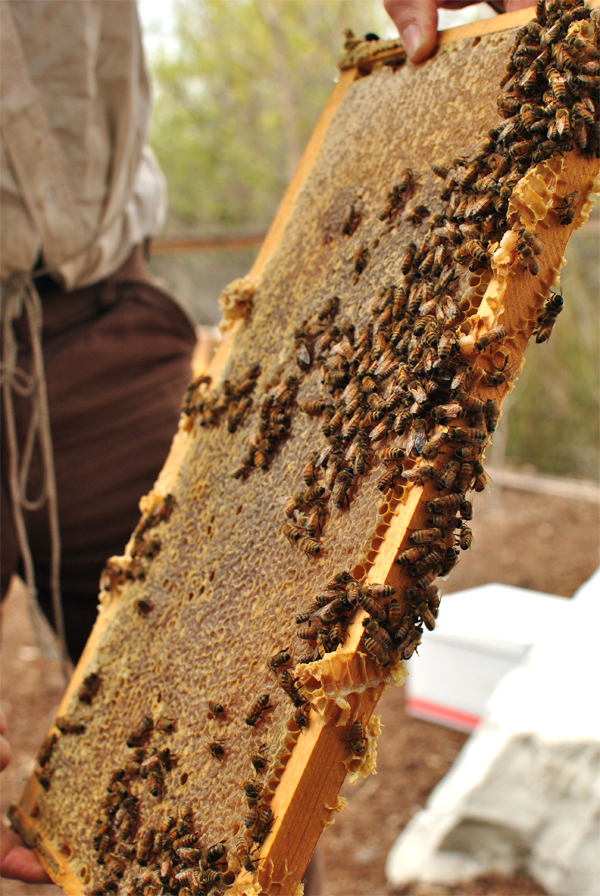 Inside the colorful boxes are panels just like this one. The bees build honeycombs on them that they then fill with honey. Alan stood way back when Stefan showed us the bees up close. To my surprise, they stayed on the panel and weren’t as intimidating as I’d feared. 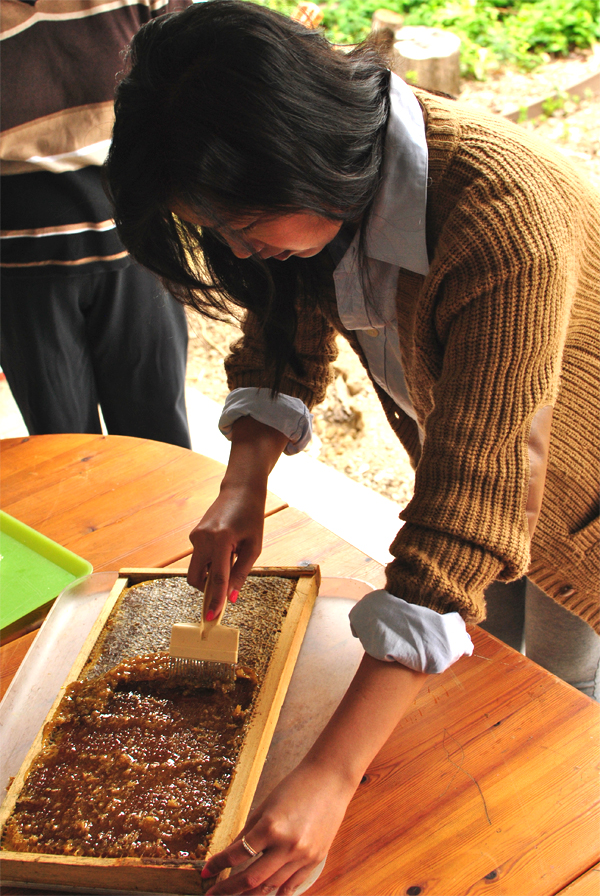 When the panels are laden with honey, the bees cap off the honeycombs so that the honey is neatly contained within. We took a small tool and carefully “raked” the tops of the honeycombs to uncap them.

And the beautiful honey spilled out. 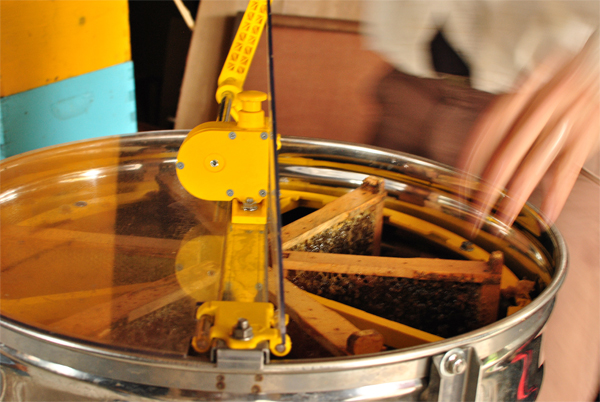 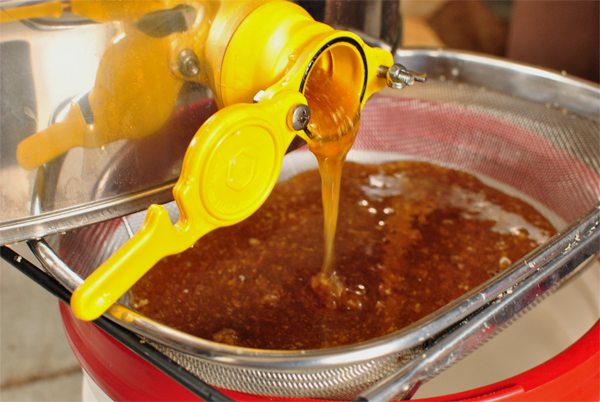 At the bottom of the extractor is a spout from which the glorious honey spills. A strainer helps to remove large bits of wax from the honey. 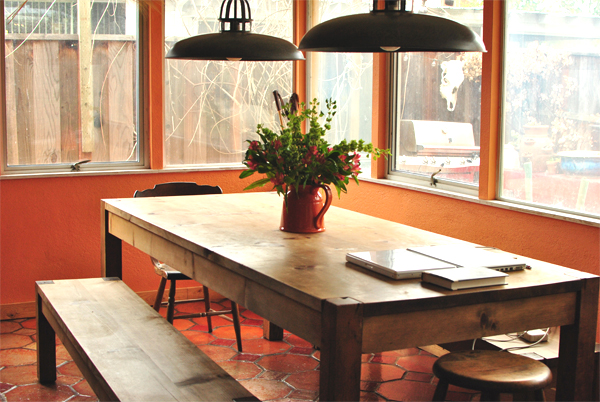 While the honey filtered, we went inside and had espresso with honey, a summer batch and much more light and clear than the dark amber kind we were waiting to jar outside. We learned about how no two batches of honey ever taste the same and how sometimes the honey tastes like citrus or fennel depending on what flowers the bees visit that season. 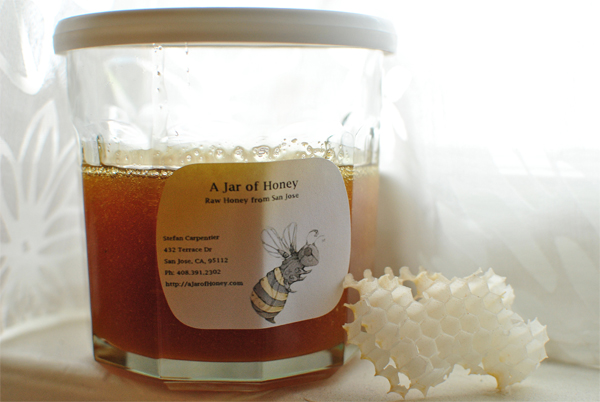 Alan and I rushed home with our honey and immediately ate some over hot buttered toast. We had some of this bread in the freezer which was a nice, hearty accompaniment to the sweet, floral honey. There’s something special and extra delicious about pure, local honey.

6 Replies to “The bird and the bees: A honey lesson”