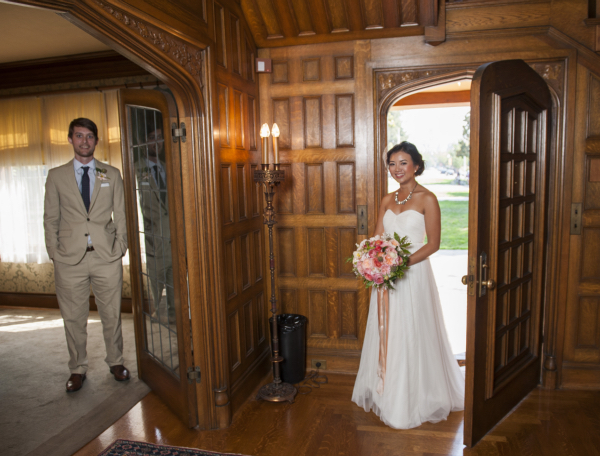 If you’re married, did you do a “first look” at your wedding? Alan and I did it mostly for logistical purposes—we figured we could squeeze in some extra time for pictures before the ceremony began. I didn’t think it’d be a big deal, but it was much more emotional than I expected.

I got ready in the carriage house overlooking the garden where we were going to get married. I came down and walked through the front door of the Ainsley House. Alan was already there, waiting in another room behind a wall. 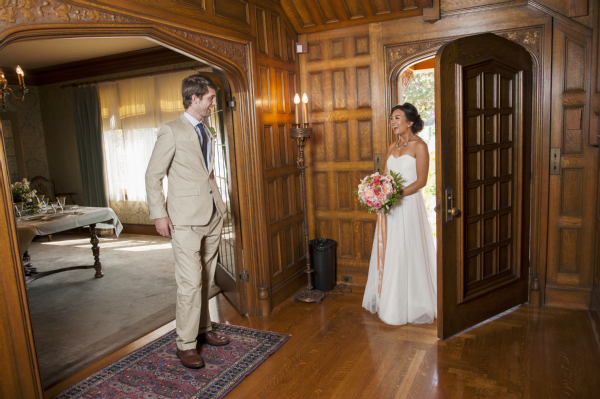 When I saw him, I immediately started tearing up. He looked so handsome in his suit! And I could hardly believe—after all these years—we were about to say “I do” in front of our friends and family. 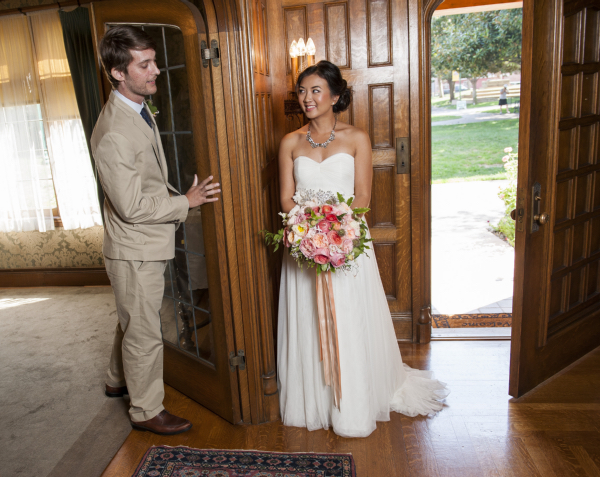 (This was a staged look. These are our “surprised”/”I’m coming to get you” faces.) 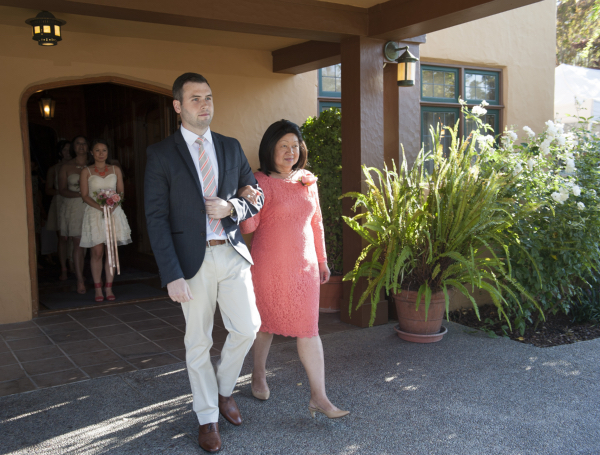 When the ceremony was about to start, everyone lined up in the house to prepare for the procession. My dad and I stood in the back so we could go last. He pulled out his mini camera from his pocket, and we took a selfie. As I held my smile for a long time after I thought he snapped the picture, he said, “We’re making a video!” It turns out it was a video camera, ha! Classic Dad-move.

The doors opened. I could hear my friends Jenny and Grace playing the guitar and singing the song I’d picked. Our friend Jordan walked my mom down the aisle. 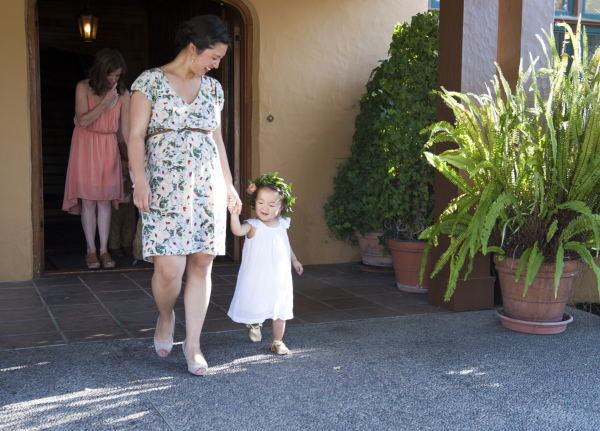 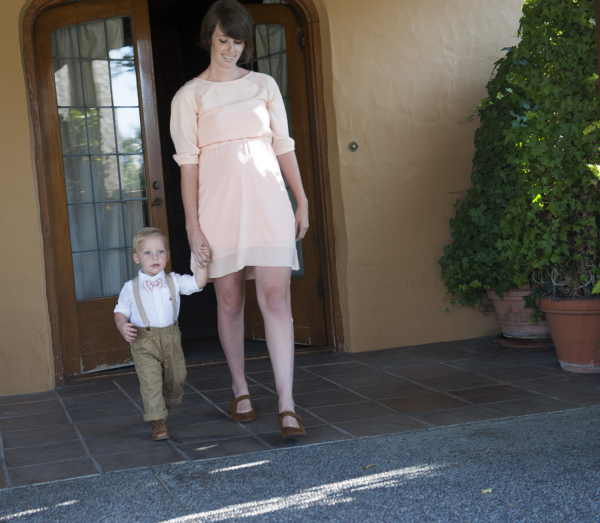 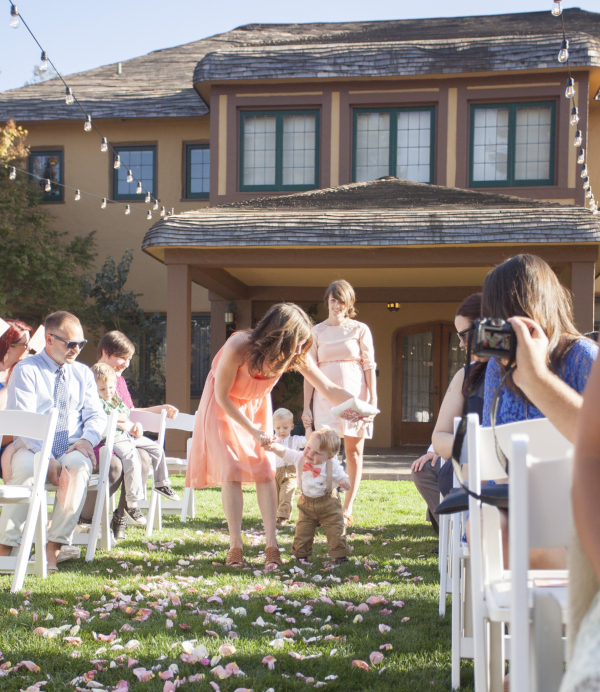 Our ring bearers, Charlie and Oliver, and our flower girl Emi were accompanied by their mamas. Charlie had just started walking a few weeks before the wedding, right in the nick of time! At one point while walking down the aisle, he tripped and fell. I saw the video of it—it was adorable. 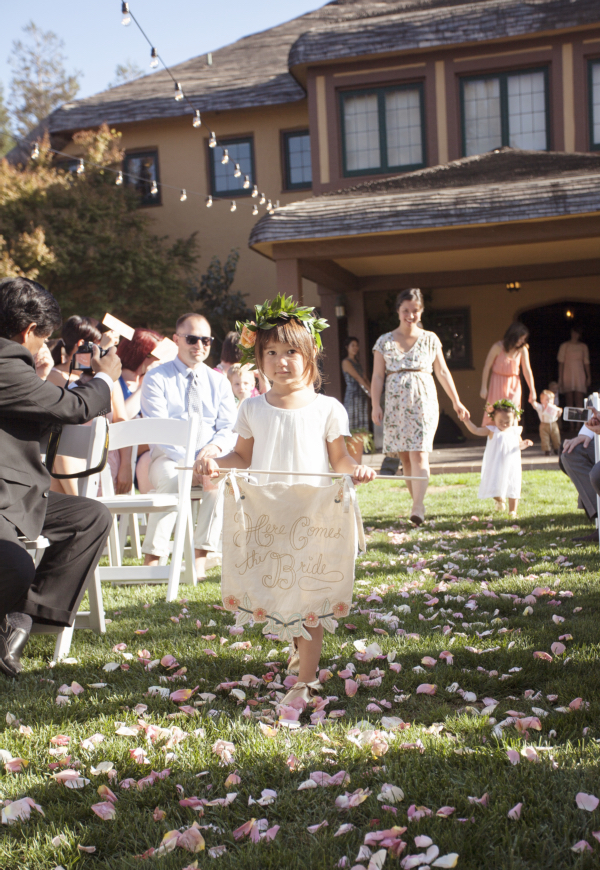 Our flower girl Dulcy bravely walked down the aisle solo and carried a “Here Comes the Bride” sign. As everyone filed out of the house, the doors closed again, and it was just me and my dad. My nerves kicked in. 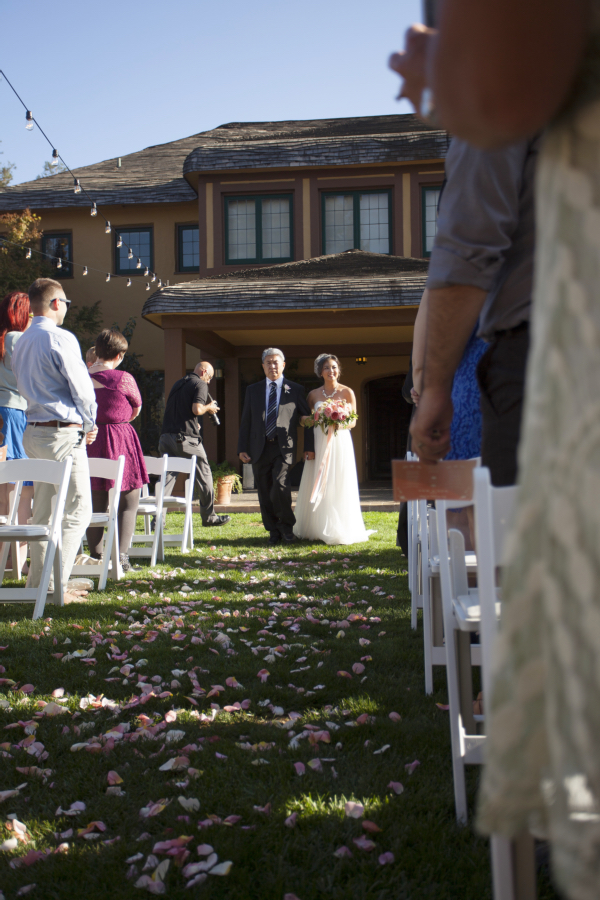 When the doors opened, and I saw everyone we loved all around us, I was overcome with emotion. It felt surreal. Don’t cry ugly, I thought in a panic. I looked up again, saw Alan at the end of the aisle and focused on putting one foot in front of the other. 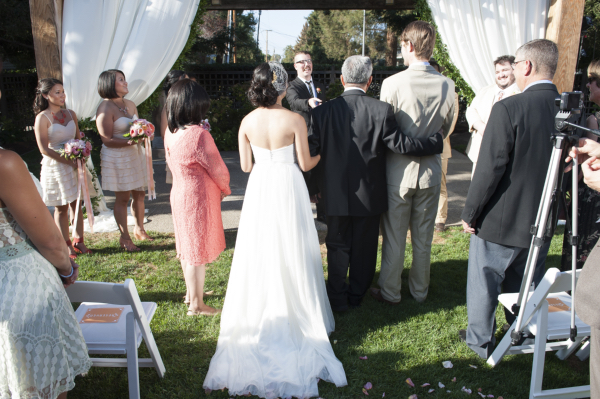 When we reached the altar, my mom and dad gave me away. Alan forgot what he was supposed to do next, so he got in line next to my dad. 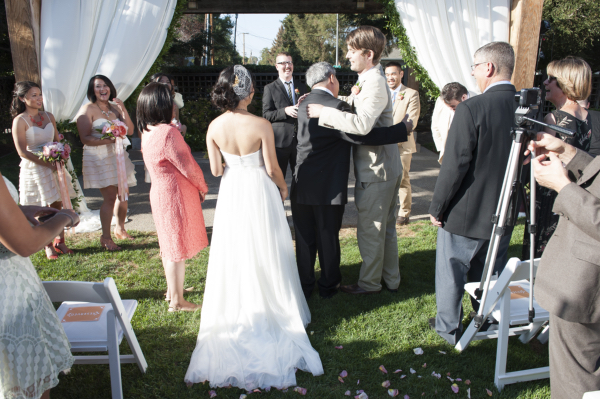 Then he realized that wasn’t quite right, so he gave my dad a hug, and we got back to business. 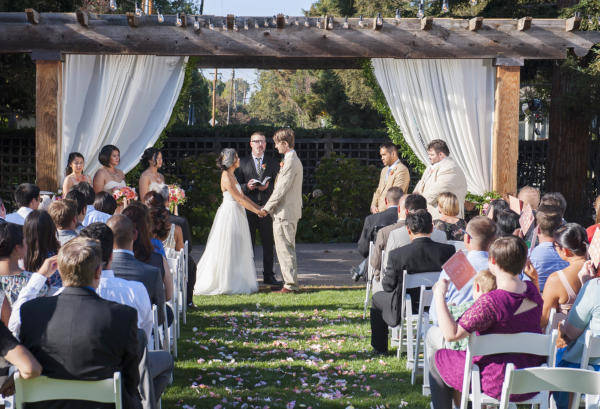 Our friend and pastor Robbie officiated, so even though we didn’t write our own vows, the ceremony was very sweet and personal.

I was so emotional! My sister sneaked me a tissue which I slyly crumpled and hid in my hand. 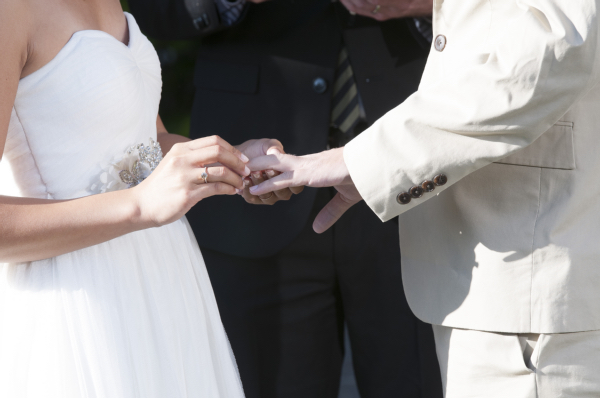 We did the whole “repeat after me” bit which had sounded so cut and dry earlier, but I was even getting choked up on that. 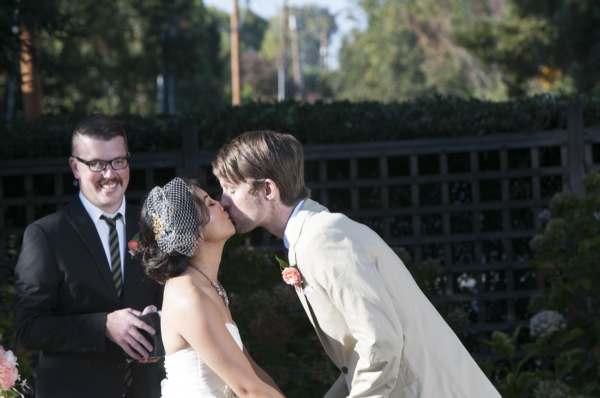 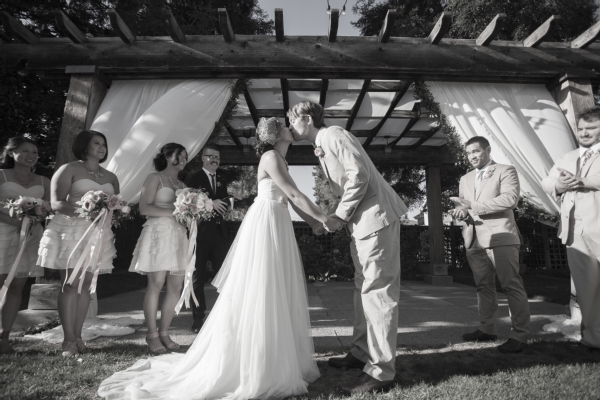 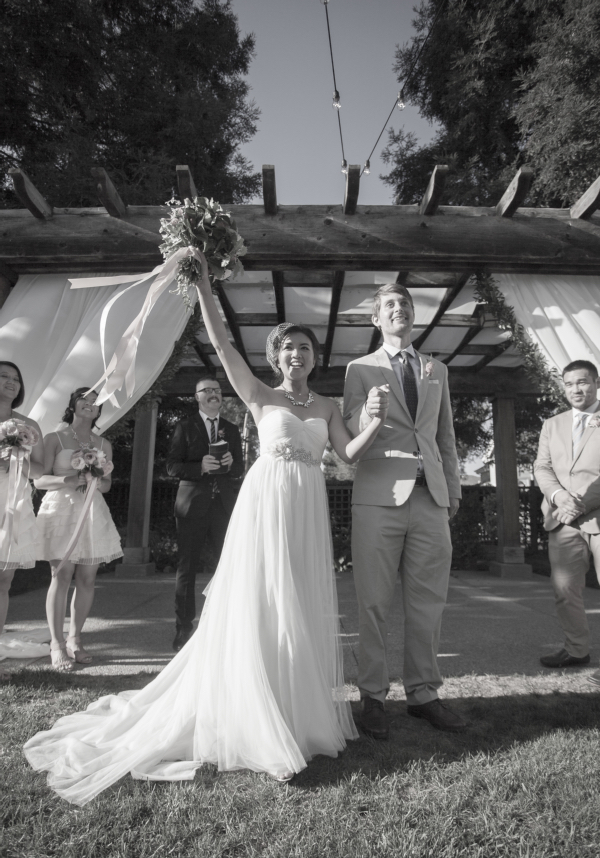 We were husband and wife! And this time, with all our loved ones there as our witness, it felt really official. (You can read about the other time here.)