On Stopping Treatment and Choosing Hospice 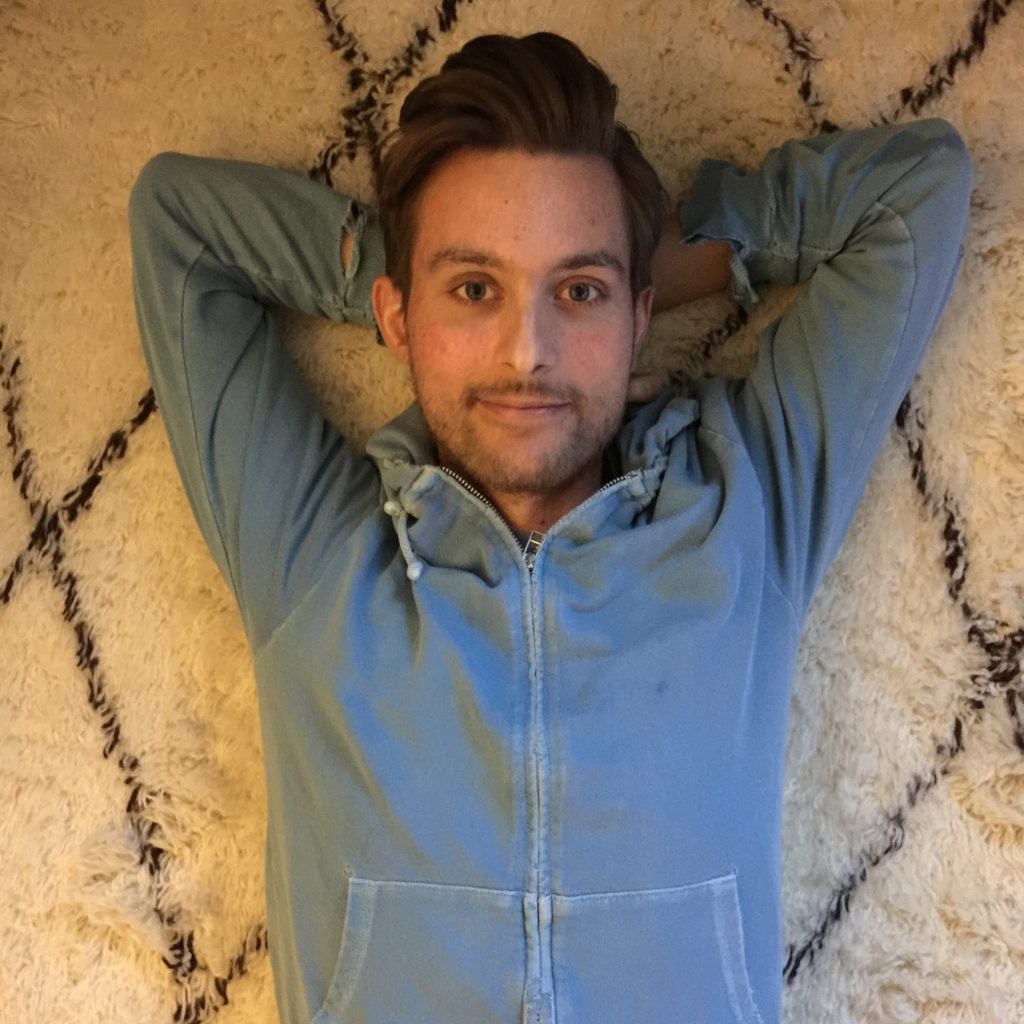 This past February, Alan stopped taking chemo. Together, we made the difficult decision that he would stop all treatments altogether. No one really talks about why young people with terminal illnesses stop treatment and choose hospice, or what it’s like to make that decision. At least, no one talked to us about it in terms we could understand. Although it feels like it happened in a single moment of clarity, everything that had happened in the months leading up to the decision were all part of the process.

One morning in February, Alan woke up with chest pain. I’d noticed that he’d had a hard time catching his breath the night before. Worried, I sent an email to his oncologist. I drove to work and felt a pit in my stomach the rest of the day. That night, the chest pain got worse. His heart was racing, and he was too weak to move or talk much. His oncologist had emailed back, suspecting he could have pneumonia.

Alan didn’t want to go to the ER (he never did; I couldn’t blame him). So as a compromise, he agreed to go with me to Target to get a blood pressure monitor first. If his blood pressure was too low or his heart rate too fast–two things I’d learned could be signs of a serious infection–he’d let me take him in. We sat in the store parking lot, and I skimmed the monitor’s quick start guide. I attached the cuff to his arm, and a few seconds later the readings told us things weren’t looking good.

As much as we hated it, the ER had become a frighteningly familiar place. This time, though, something was different. A doctor came in to tell us that Alan did indeed have pneumonia. She said, “I need to ask everyone this question, but given your history, I need you to really think about it: If you stop breathing, do you want us to do everything we can to resuscitate you, including putting you on life support?” We were bewildered. We knew he was sick, but was he that sick? He asked if he had a good chance of fighting the infection. “You have a good chance,” she said, “but with everything else going on, there are no guarantees.”

Being on life support means being intubated — having a tube inserted into your trachea to help you breathe. It can be so uncomfortable that most people have to be sedated. People get intubated all the time, like when they’re undergoing surgery, for instance. But many of these people can get off of intubation because they’re healthy and can breathe on their own after the procedure. Things aren’t quite so clear when your body is riddled with cancer.

“If I’m put on life support, will I get to come off of it eventually?” Alan asked.

“Maybe, maybe not,” she said. No one knew the answers to our hardest questions. She went on to say that if he couldn’t breathe on his own without intubation, he would be kept on life support indeterminately, transferring the weight of deciding when to stop life support to me.

That was all he needed to hear. Alan didn’t want to place that kind of burden on me. He said no to life support, and I breathed a small sigh of relief. I was ready to do whatever Alan wanted (or so I thought) but was grateful that I wouldn’t have to make this one decision on my own.

The next morning in the hospital, Alan wouldn’t wake up. I tried calling his name and shaking him gently, then more firmly. For my own peace of mind, I asked the doctors if he would pull through. “It’s not like he could just slip away right now, could he?” I asked. I just wanted them to reassure me that everything would be okay. But they didn’t. He’s very sick, they said. Their faces said it all.

I started panicking, wondering if Alan had made the right decision last night in the ER. If he had stopped breathing right then, would I really have let them do nothing? Was that really what Alan would have wanted? It didn’t seem right. He was just awake and talking the night before. On top of that, if he had stopped breathing and they hadn’t intubated, he would have died in the hospital, which is the last thing he wanted. The thought that this could be it and not knowing what to do unhinged something inside me. I held Alan’s hand and cried uncontrollably.

Alan was moved to the transitional care unit, the floor that’s a step below the intensive care unit on the Scariness-of-Hospital-Floors scale. His vitals were going crazy, and he developed hypothermia — his temperature dropped to 94 degrees. Antibiotics dripped into his veins, plastic warm-air-filled sheets continually blew warmth over his body. Eventually, Alan woke up. He started talking and eating again, but we weren’t yet in the clear.

I needed a reality check on what was happening and what we needed to prepare for. So I went to see Alan’s oncologist, one of the few doctors who really knew his medical history. She pulled the x-ray of Alan’s lungs up on the computer screen. We looked at the white spot where the pneumonia was. From what she could see on the film, she told me that she’d be very surprised if he needed to be intubated. He would pull through, she reassured me. But then she said that the infections would likely keep happening. They might become more and more severe. We needed to think about what Alan wanted. This was something people kept saying to us, but I didn’t know what they meant. Before I left, I asked the question we always asked: How long? Six months to a year, she said. My heart broke.

Right before Alan was admitted to the hospital, I had started reading Being Mortal

(a book I’d highly recommend to everyone, especially to young people who are dealing in any way with terminal illness). One of the stories about a 34-year-old with terminal cancer reminded me of us. Here she was, telling her husband that she didn’t want to die in the hospital, yet that’s exactly what happened. He felt helpless not knowing how to make her wish a reality. It felt like looking into a mirror. Alan had made it clear that, when it was time, he wanted to pass at home. But the only protocol I knew how to follow involved coming into the ER and being marooned in the hospital for days on end. That is not the kind of plan that leads to living out your last days in the comfort of your own bed, surrounded by friends and family.

The book had brought up a topic no one had broached with us before and one that I knew very little about: hospice. Hospice, I thought, was for those who had given up on life completely and involved nurses who helped you die.

But actually, hospice is quite the opposite. It’s for those who want to choose life now and involves nurses who help you live out your best days possible. Here’s one definition of hospice that I found online and liked: Hospice care is a specialized care designed to provide support to you and your loved ones during an advanced illness. Hospice care, typically for patients who have a life expectancy of six months or less, focuses on comfort and quality of life, rather than cure. The goal of hospice care is to enable you to have an alert, pain-free life and to live each day as fully as possible.

One reason why deciding on hospice is so scary is because you have to accept that there is no cure, at least not in the way of chemos or surgeries or radiation or anything else modern medicine can offer. We’d known for months, maybe even years, that there was nothing that could give him back his life. The only option was chemo to slow the cancer growth. But no one wants to let go of that hope, and with each new chemo Alan would try, it was possible to put off coming to terms with the hard truth. We’d think things like Maybe this new chemo will stop the tumor growth and Alan will get 10 more years! Alan’s oncologist would say similar hopeful things, even though studies showed, on average, that these chemos only added two extra months to patients’ lives.

Watching Alan on chemo was like watching him go into battle every day. The side effects were getting worse and worse. He developed a skin toxicity on his feet that was so severe that he couldn’t walk. Even wearing socks caused tremendous pain. A bigger concern was that despite enduring the treatments and the horrible side effects, the cancer was quickly and steadily growing. All the tests and scans showed the chemo wasn’t working; they were stealing life from him without giving anything back in return. As Atul Gawande writes, chemo takes health and time away from you now to (hopefully) give you more time later. But when you’re waging war against a terminal illness, that time later may never come.

Alan worried that by choosing hospice, he would be letting me down. To me, his decision to stop treatment so he could focus on his time now, despite everything his doctors and everyone around him said, brimmed with courage.

Since getting discharged from the hospital in February, we haven’t been back to the ER once (fingers crossed it stays that way!) Before that, Alan had been hospitalized about once every month for the prior six months. With hospice, the focus is on providing care at home, so a nurse comes to see Alan once a week. We have a 24/7 number to call, staffed by nurses, in case any emergencies happen overnight. There’s no denying the deep sadness we feel or the new challenges and fears we face each week. But these things would still be there even if Alan continued with treatment. Hospice hasn’t been perfect, but it feels the closest to being aligned with Alan’s wishes and for that I am grateful.

19 Replies to “On Stopping Treatment and Choosing Hospice”