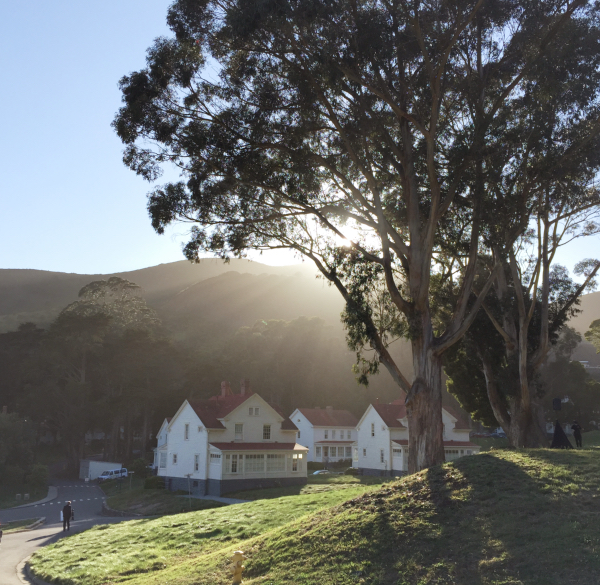 A few weeks ago, Alan and I spent the weekend in Sausalito. We stayed at Cavallo Point, a lodge we’ve visited before and loved. It’s in Fort Baker, a former 1905 U.S. Army post. While they have contemporary guest rooms available, our favorite place to stay is in the converted historic army buildings. (My sister Sophie says they look like they’re straight out of The Walking Dead, ha!) Alan came down with an infection right before we left and was pretty wiped, so we spent our time just knocking around. It’s not too shabby of a place to be a bum 🙂 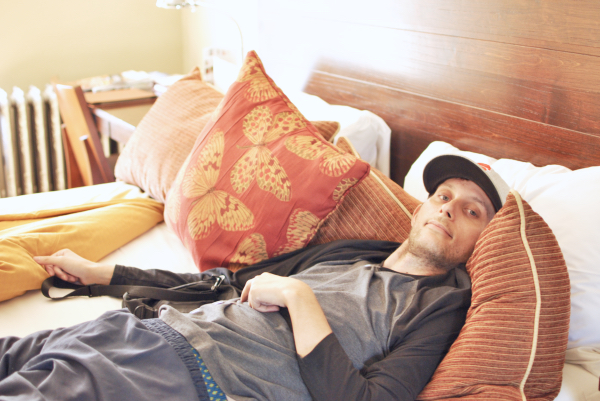 In our room, we’d open the windows, lie down on the bed to take a nap (or watch Gilmore Girls, if our names started with an S) and feel the bay breeze on our faces. 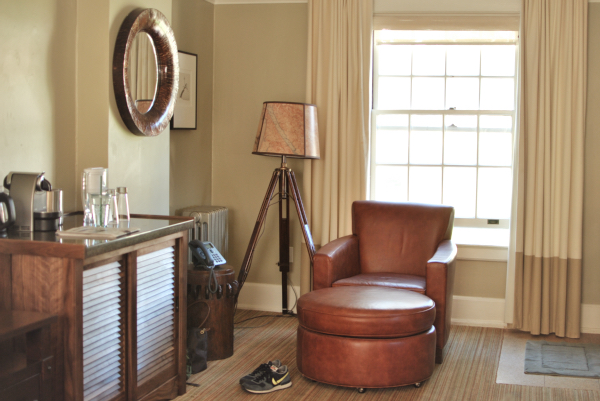 I was reading in this awesome leather chair one afternoon, when a wedding took place on the grassy hill right outside the window. What a pretty place to get married! (Case in point: this wedding). 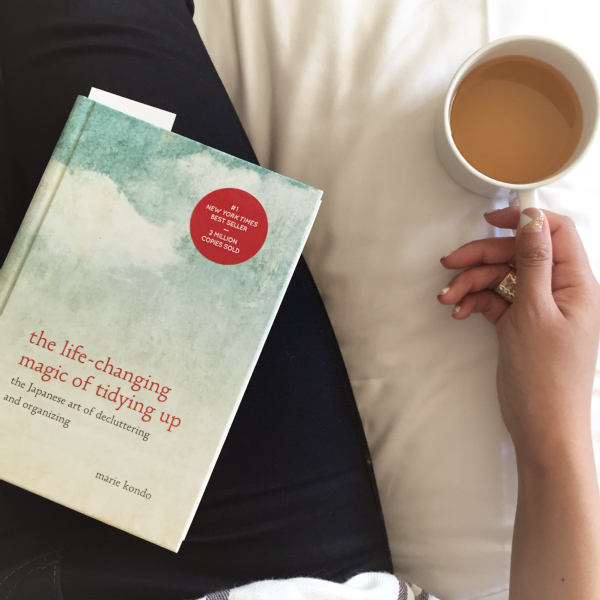 Before our trip, Alan and I picked up a few books from our favorite book store. I started reading this book, which Alan made fun of me for, but how can I not read a book that’s called The Life-Changing Magic of Tidying Up. It was, as I had expected, enthralling. 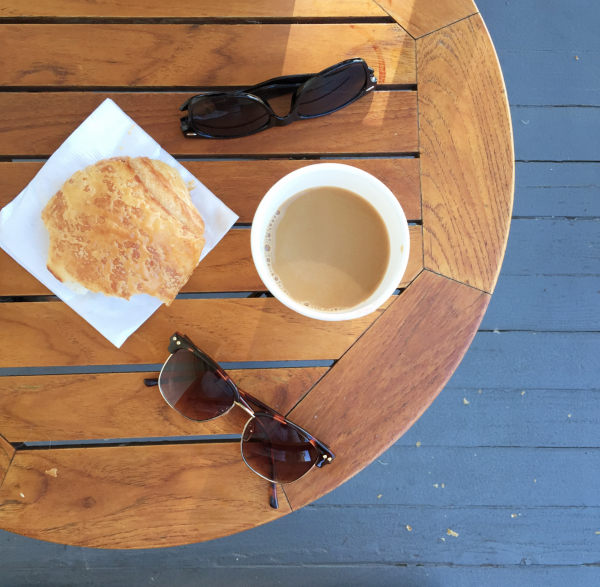 When we first checked in, I’d read a sign in the lobby advertising free house-baked pastries and coffee in the mornings. The next day, I woke Alan up and made him go with me, promising goodies galore. I’m not gonna lie, I was expecting a pretty nice spread. If not an entire room dedicated to breakfast treats and beverages, then at the very least, a nice long table with a few generously-stacked mounds of croissants, muffins and danishes. I mean, we were staying at a self-billed luxury resort. When we walked in, I spent a few good minutes looking around. Were we in the wrong place? There were no croissant stacks to be found. Maybe everyone else had beaten us to it and all the kouign amanns had already been devoured. I started to tailspin into panic and disappointment, when a man in the corner of the room finished putting a lid on his coffee. He walked away, revealing the tiny table his body had previously been blocking. It held two coffee urns and a small plate of croissants. The travesty! I couldn’t decide if I was rightly outraged or if I should continue pretending like we regularly stayed at luxury hotels. In the end, I chose wanting to belong, so I sucked it up, calmly wrapped an extra croissant in a napkin for later and hurried out of the way for the line of people who had formed behind us. 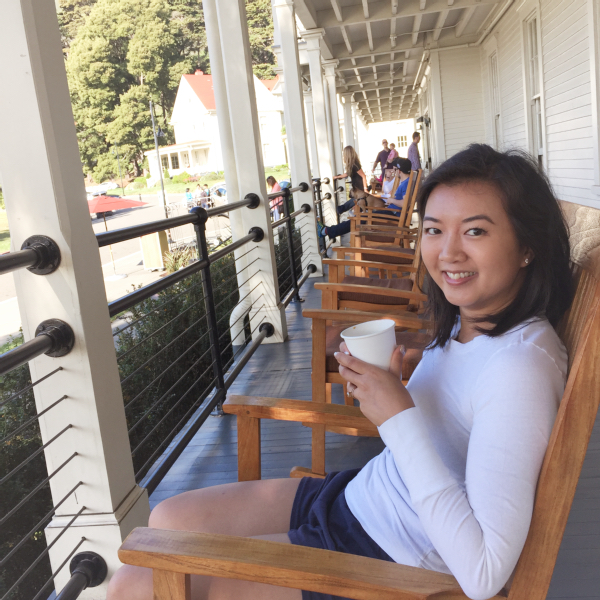 One nice thing about the Saddest Breakfast Spread Of All Time (one day I will let that go), is that there’s a long porch in front lined with rocking chairs. You can look out across Fort Baker, see the top of the Golden Gate Bridge and feel the crisp morning air. 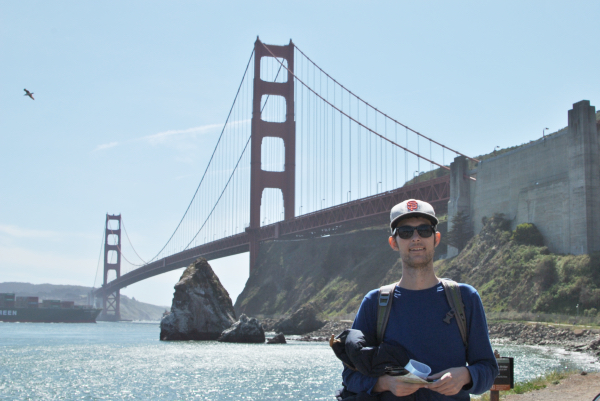 There was a pier a short walk away from our room that’s popular for fishing and crabbing. And the views! On one side, there’s the Golden Gate Bridge, which looked as majestic as ever (it’s cheesy, but so true) and always makes me feel small and hopeful at the same time. 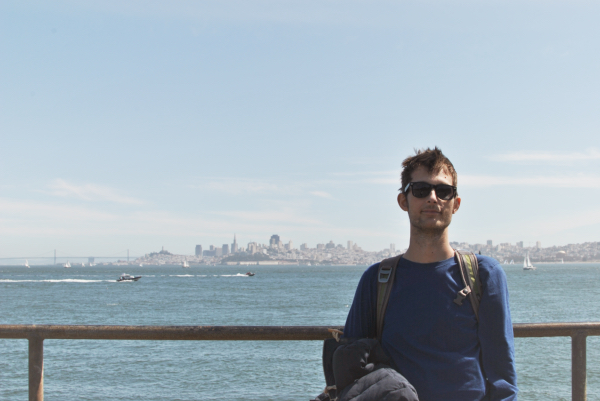 On the other side, you have a clear view of the San Francisco skyline and the Bay Bridge (see it on the far left?) 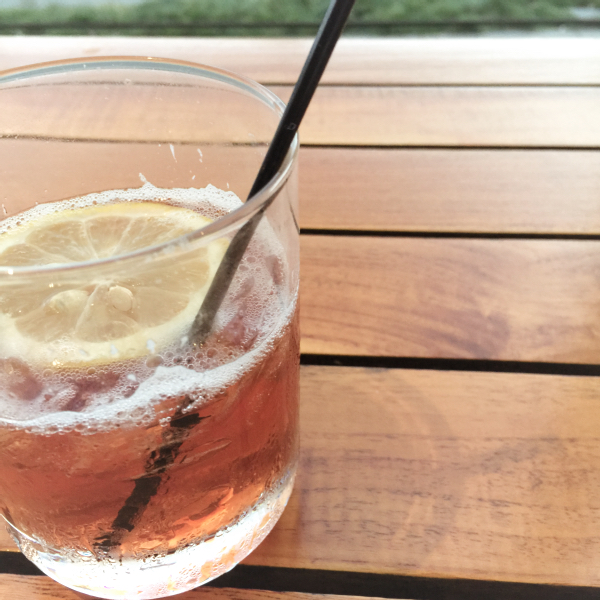 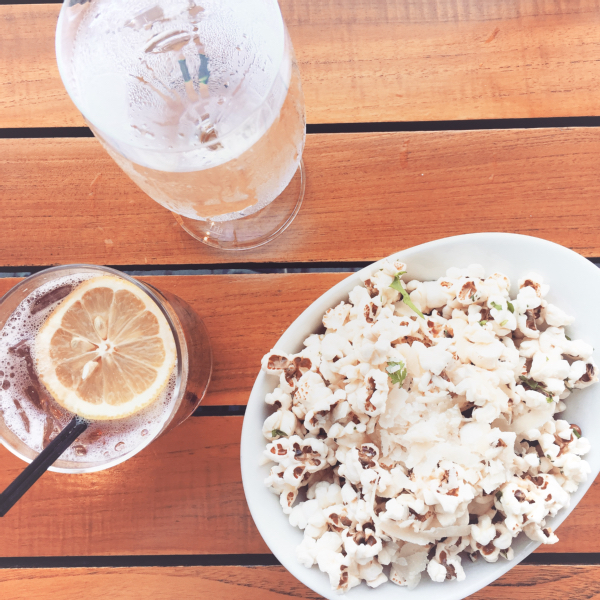 One night, we ventured out to the bar for dinner and sat outside people watching. All the hotel guests we’d seen so far seemed to be of the older, Tesla-driving crowd. Then Alan spotted a couple that looked about our age. I was excited to see some young people and imagined befriending them. Maybe they’d be plebeians like us, a commonality we could bond over. But before I could offer them some of my napkin-wrapped croissant–a gesture of friendship I was sure they wouldn’t be able to resist–they got into their Maserati(!) and drove away. On another note, if you ever visit, get the truffle parmesan popcorn!!! It’s three-exclamation-points amazing. 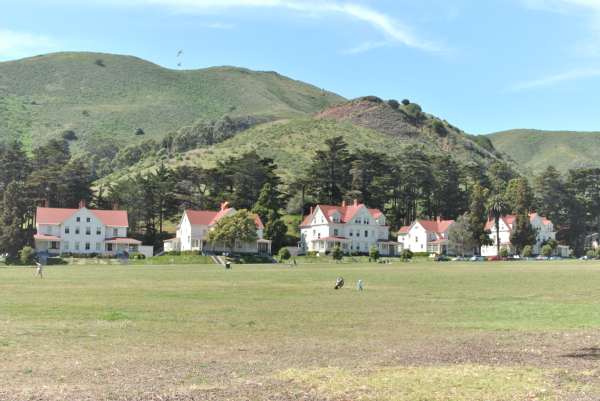 Fort Baker would be fun to visit, even if you’re not staying at Cavallo Point. You could hike the trails and grab a drink (and that popcorn!) at the bar afterwards. There’s also a free kid’s museum, too!

49 Replies to “Our Cavallo Point Weekend”