How to Name Your Product, Get Clicks & Make Sales 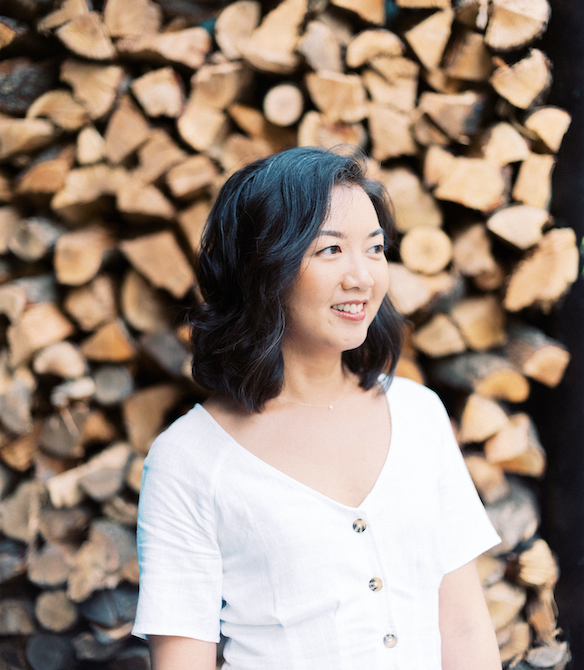 Tomorrow is my birthday! It’s going to be good (like 4 scary-movie-rentals-in-one-sitting good), but it won’t be anything like last year’s birthday.

Last year I told James to surprise me. So he took me to dinner, zigzagging us through the Mission, a SF neighborhood where you can get a $3 hot dog wrapped in bacon from a sidewalk cart or a seven-course dinner from a 4-star Michelin restaurant all on the same block.

He was trying to throw me off.

At one point I was pretty sure we were going to eat noodles from a hole-in-the-wall spot that’d been on my list, which was fine by me (I guess), but at the last minute he swerved.

He pulled me through a door I never knew existed. It took a second for my eyes to adjust. I didn’t know what we were eating, but $8-a-plate noodles definitely wasn’t it.

We were at Lazy Bear, a restaurant that feels like you’re in a cozy log cabin. (If that cabin belonged to Mark Zuckerberg.) They took our coats, whisked us upstairs and sat us in a big communal booth. One Charlie-and-the-Chocolate-Factory dish after the other came out. My favorite was a treat as big as a quail egg that tasted like a multi-course breakfast explosion, bursting in your mouth.

We made small talk with the guy next to us in between bites. Where we’re from, what we do—that kinda thing. It came out that he had a pied-à-terre in New York or Paris. I can’t remember. I was too stuck on his use of the word. I burned it into the notepad in my brain to look up later, while taking a bite of a caviar potato chip. A pied-à-terre, but of course! I nodded and smiled as if I was born in pied-à-terres.

But actually, I had no idea what that was.

In the judgment-free space of my Google search bar that night, I looked it up. A pied-à-terre: an apartment or condo that’s not your primary residence. Pfft. What a grandiose, totally unnecessary way to say another living space. Who says that?! A pied-à-terre. Please. It was obnoxious. An annoying luxury. An obnoxious, annoying lux—

Oh, who am I kidding. I want a pied-à-terre. If only so that I can say it, off the cuff, all casual like.

Because that is the power of a name. It can paint a picture in your head that’s so vibrant and colorful, it convinces you that all you’ve ever wanted was to eat caviar blinis with your pinkies up in your Hamptons pied-à-terre.

Especially if you’re trying to sell something, like a new product, service or course. Heck, even if you’re trying to get people to read your new blog post or watch your new video. It’s the very first thing people read and it needs to grab their attention and lead their hands to their wallets (or the button to read/watch more).

I’ve seen people spend hours—even months—creating something new, only to spend a fraction of time on what they’re going to call it. This is a sure-fire way to throw water on your fire before you even light the match.

So how should you name something?

So, the next time you’re getting ready to launch/publish/sell anything, make sure you set yourself up for success by picking a spectacular, pied-à-terre-worthy name.