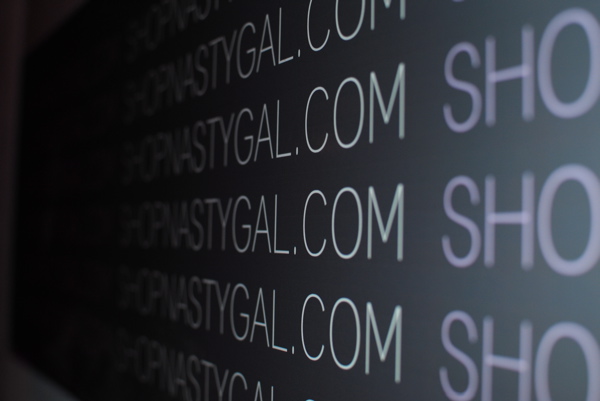 Yuri Lee
Furs, sequins and knee-highs — the IRL LOOKBOOK.nu/Nasty Gal party on Friday brought out all kinds of fashionable people in a variety of outfits. Although it turned out to be a pretty low-key party, there were a few highlights. I met Yuri Lee, the founder of LOOKBOOK.nu, who was very nice and told me that she created the site after having observed the enormous popularity of street style sites like The Sartorialist. She wanted people to realize that they didn’t have to wait around for a fashion noteworthy to take their picture and so created a place where people could post pictures of their own outfits themselves. I also met Annabel from Blushing Ambition who was just as cute in person (but much taller!) as she is on her blog.

The next best thing that happened that night was that we parked around the corner from Pearl’s Deluxe Burgers which was featured on “The Best Thing I Ever Ate” (I love this show). Tyler Florence gave this place a nod (or should I say nosh) as one of his favorite burger places of all time. Of course, we had to go and go we did. I ordered the bacon cheeseburger which the man behind the counter informed me is Tyler’s favorite. It was absolutely ridiculous. In the best possible way. The burger was so juicy and fresh and the bun was like eating a pillow, it was that soft. Behold the madness: 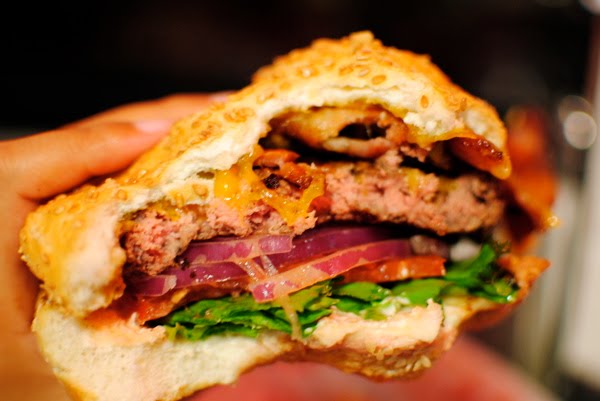 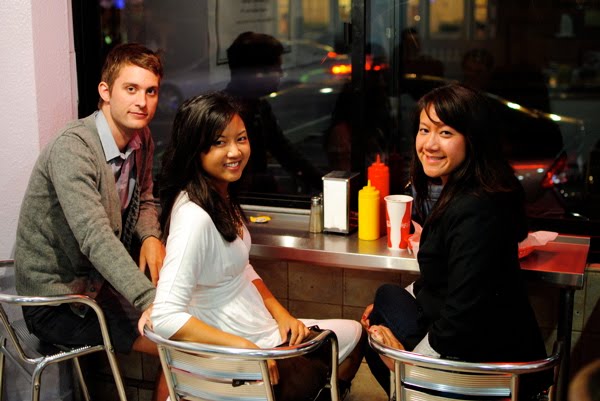 This is what contentment looks like.
Below are some better pictures of what I wore that night. I got this dress from Francesca’s because it reminded me so much of that beautiful white dress Carrie wore in the opening scene of Sex and the City 2. It was a fraction of the price but I think it’s a pretty close resemblance. 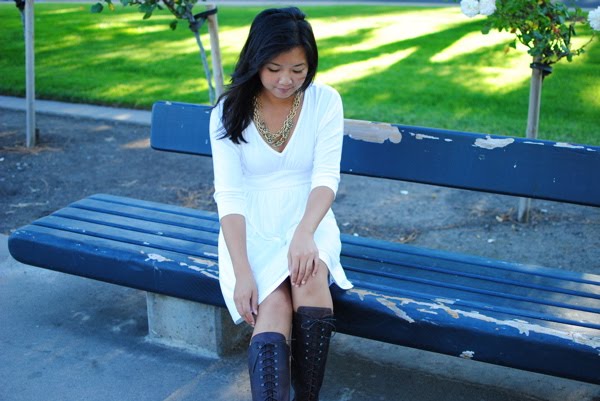 I wore the dress with my new Charles David Regiment boots. Nathalie described them as homely and Little House on the Prairie-ish, but that just made me love them even more. 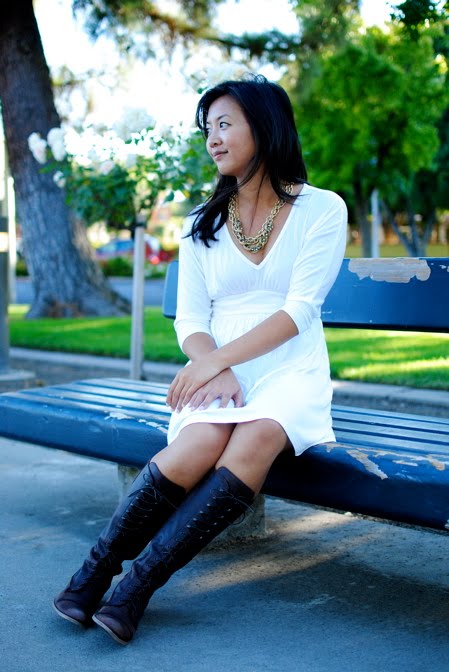 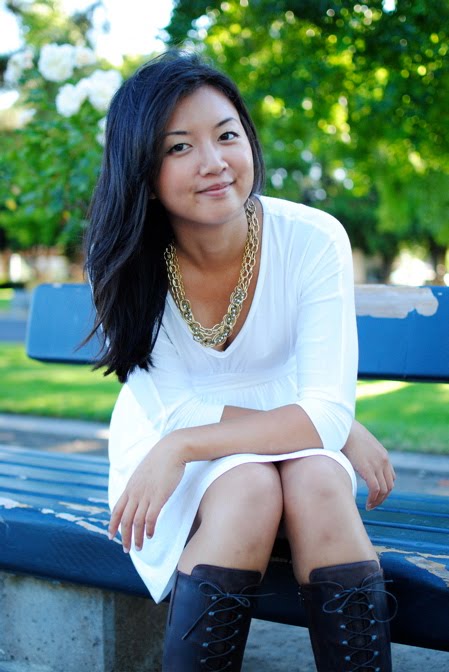 To Eat To Wear