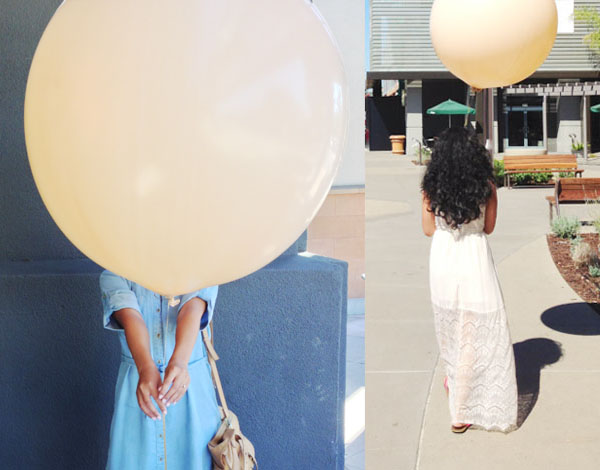 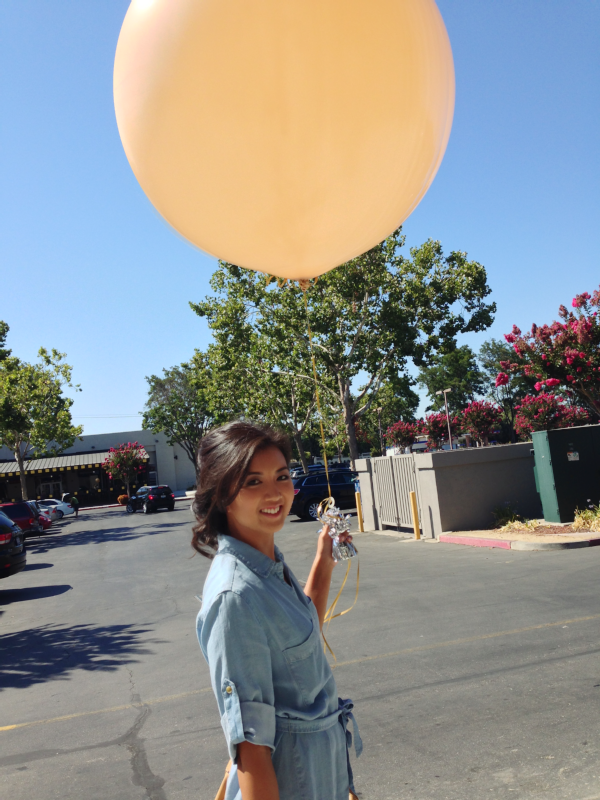 When I brought this balloon into Party City to get filled with helium for our engagement photos, the girl behind the counter was less than impressed.

“Do you know how big this balloon is?” she said coolly, as if I couldn’t possibly know.

“”Cause some people think they know. But they don’t know,” she said with a head roll. “They can’t even fit it in their car.” 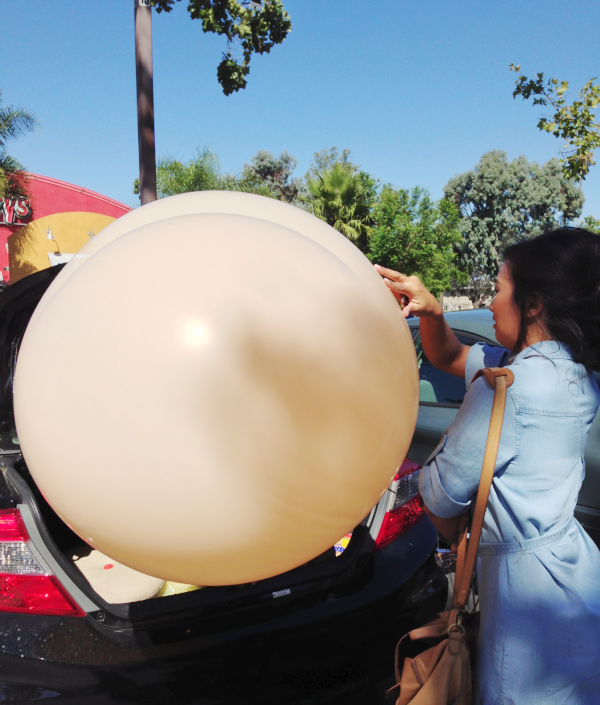 …there was no way it was going to fit! Ha! 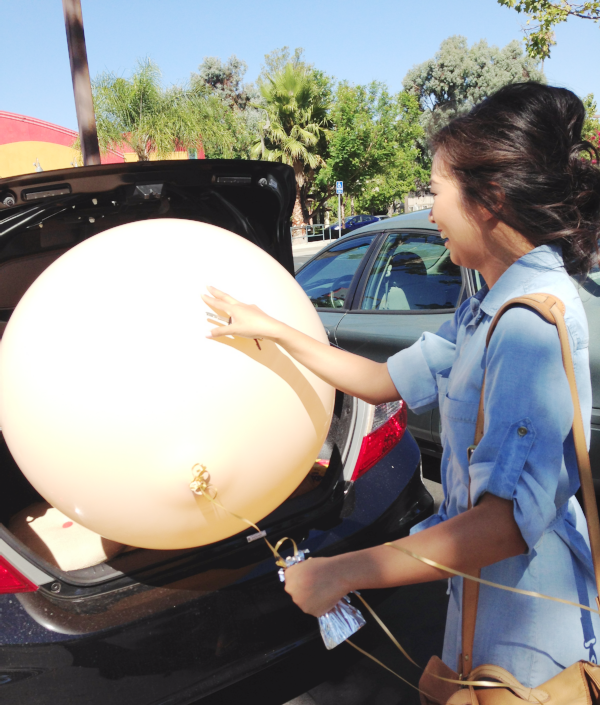 I tried it from every angle and through every door. 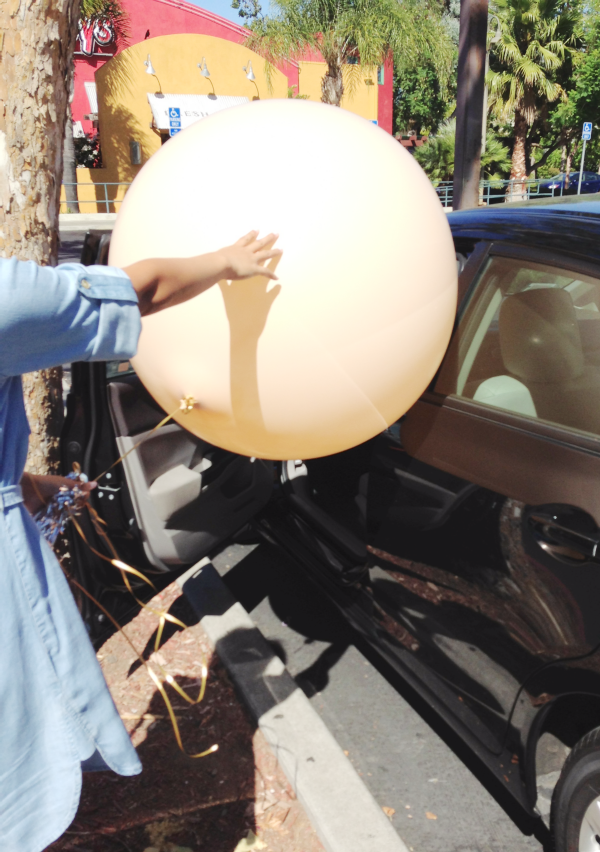 In a last ditch effort, Sophie held onto the string while the balloon floated outside and I drove home very slowly. It was going fantastically until the string broke and the balloon floated away. It was sad but also really hilarious. In fact, if you’re ever feeling down, you should definitely go fill a 3′ balloon ASAP and just walk around with it. I promise it will lift your spirits right up.

So if you’re using giant balloons anytime soon, here’s a tip: Listen to the girl behind the counter and make sure it’ll fit in your car! My friend PJ, who is an event planning mastermind, loads her giant balloons into a Honda Element—the double doors that open up are perfect.